If there’s anything that we know about famous television star Jay Leno outside from his TV-career – it’s that he LOVES cars. I mean, it’s crazy the amount of time and money he pours into automobiles. But it’s a huge passion for him, and he has the time any money to spare, so you can’t blame him! He’s got some ridiculous rides, some fancy ones, some expensive ones and some ultra-rare one. but they’re all cool. Just like Jay Leno. Enjoy! 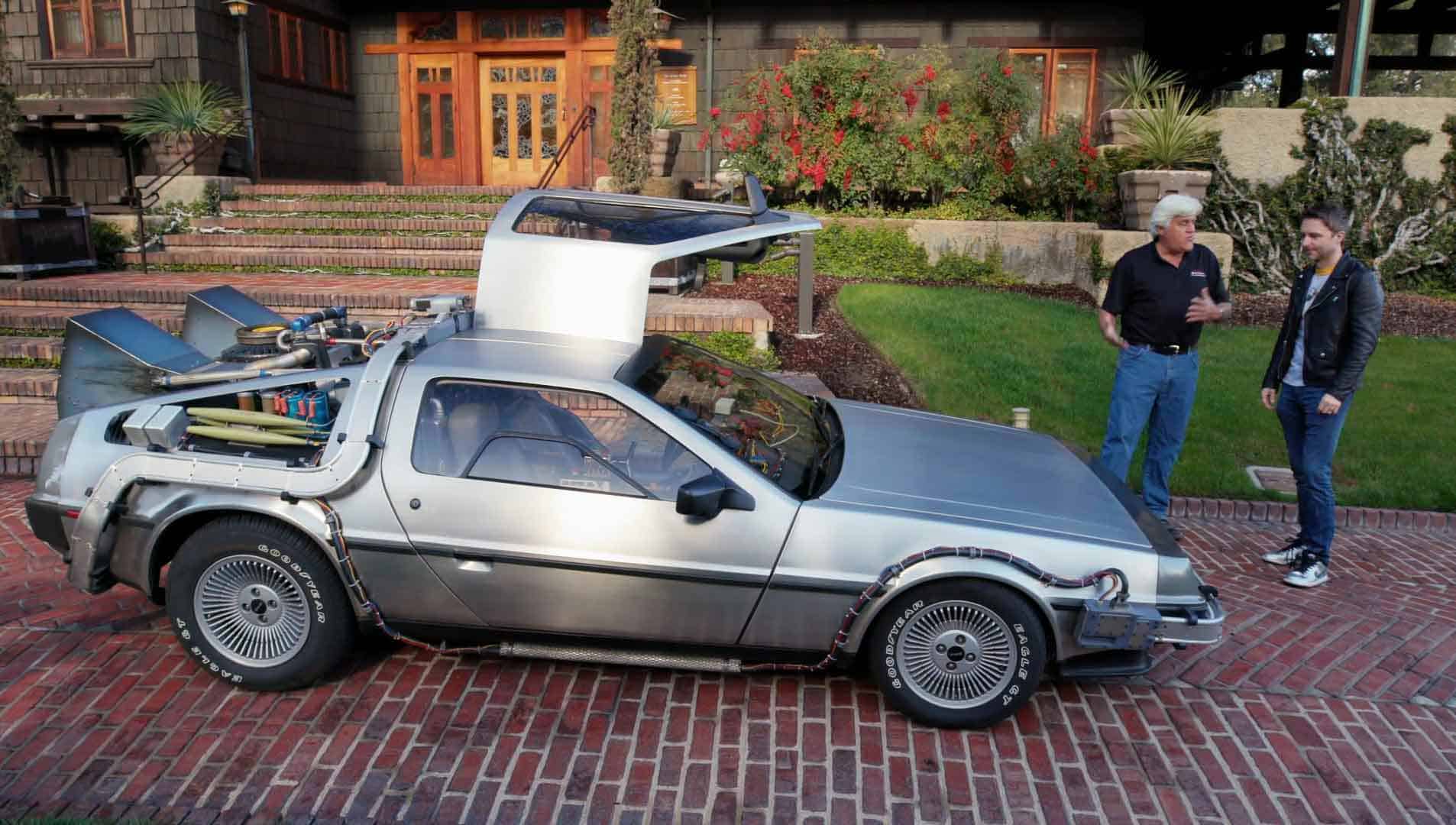 Yep, this is the original DeLorean from Back to the Future. Interestingly enough, movie execs scrapped the Ford Mustang in favor the 1981 DeLorean, even though they were offered a sizable check. And to think, if this car was not chosen, we could be looking at a time traveling Hotpoint refrigerator (that was the other option for the movie) that probably wouldn’t have made it into the top cars in Jay Leno’s garage.