Lockheed’s F-104 “Starfighter” was first introduced in the late 1950s and was active in militaries across the globe until the early 2000s. The US, Italy, Germany, Turkey, Spain, and many other nations all flew F-104s at some point in time during its 40-plus years of operation. They are now retired from military use but can be purchased by private buyers.

The Starfighter was developed with help from renowned aeronautical engineer, Kelly Johnson. Johnson was also involved in the development of the U-2 spy plane and the SR-71 Blackbird. This military aircraft for sale proved particularly deadly to operate and was plagued with controversy during its operational lifetime. Nonetheless, according to the FAA, there are ten privately owned F-104 Starfighters in the US. Three of which are ex-Canadian military aircraft belonging to the civilian demonstration team, Starfighters Inc. of Clearwater, Florida. In 2011, there was a restored, albeit engineless, F-104 for sale in the UK for £25,000. 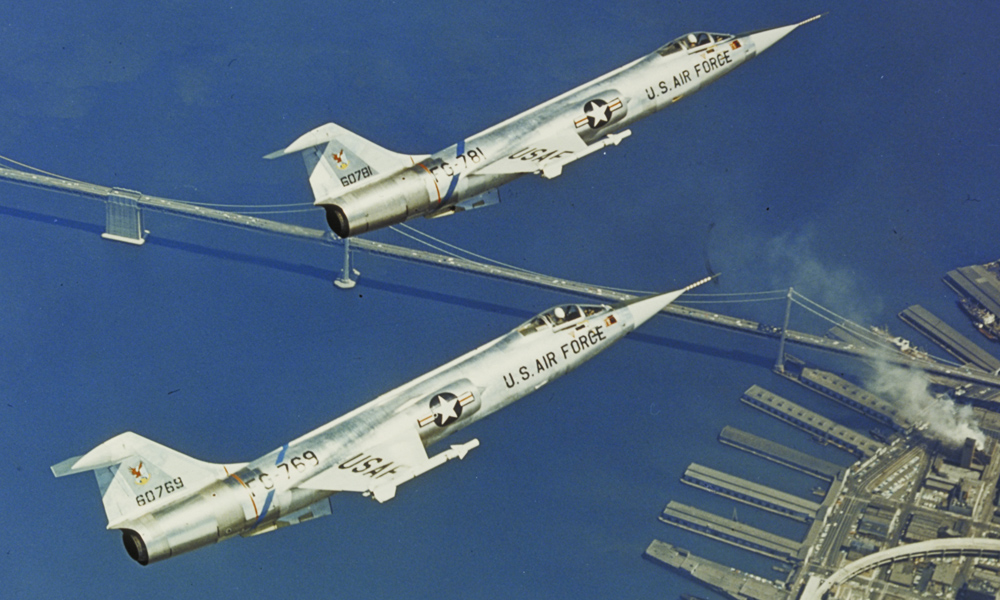