See What $13 Billion Gets The US Navy; The Biggest, Most Expensive Aircraft Carrier Ever 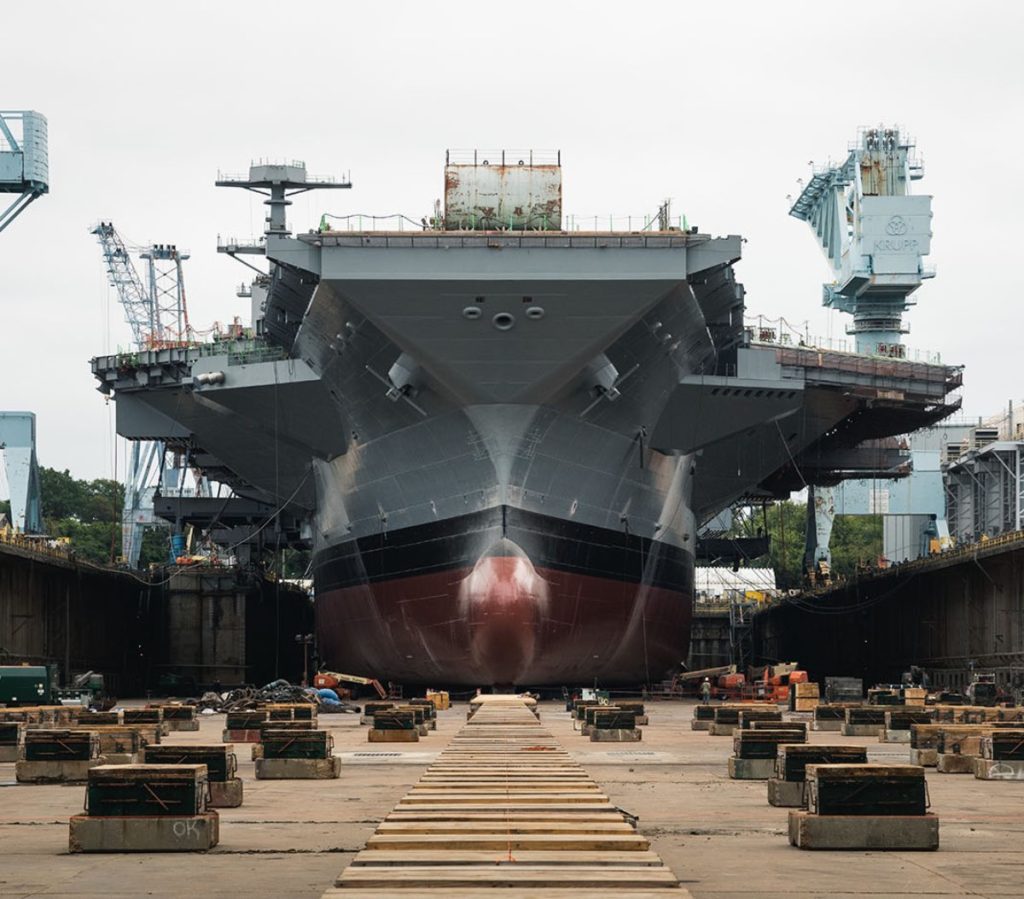 All in all, there are 19 active aircraft carriers around the world. As you’ll see in this article, the vast majority of those belong to the United States. However, there are interesting technological developments being made in the world of aircraft carriers. Nations like England, China and Russia have exciting possibilities with carriers moving forward.

Outside of the United States — which operates 13 aircraft carriers — there are 8 other aircraft carriers of comparable size in the world. They are: Guiseppe Garibaldi of Italy, Admiral Kuznetsov of Russia, HMTS Chakri Naruebet of Thailand, Charles de Gaulle of France, Cavour of Italy, Liaoning of China, INS Vikramaditya of India, and the HMS Queen Elizabeth of England. 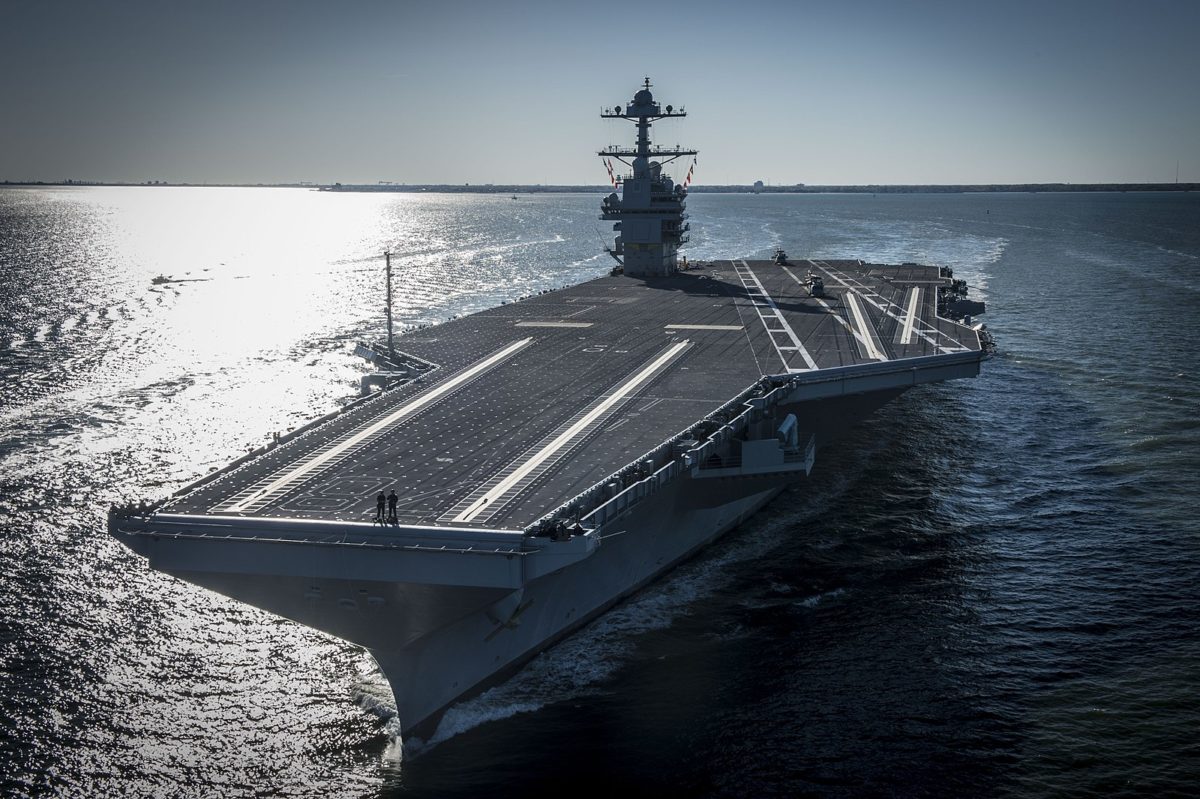 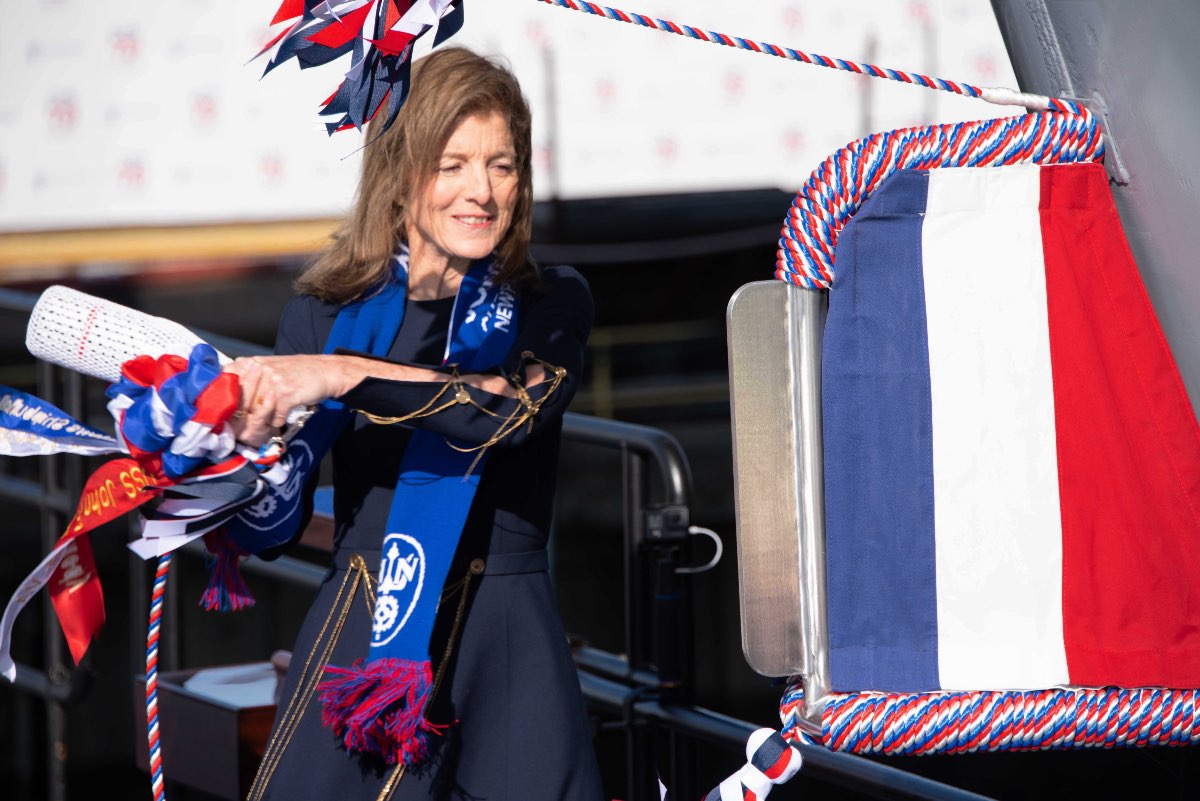 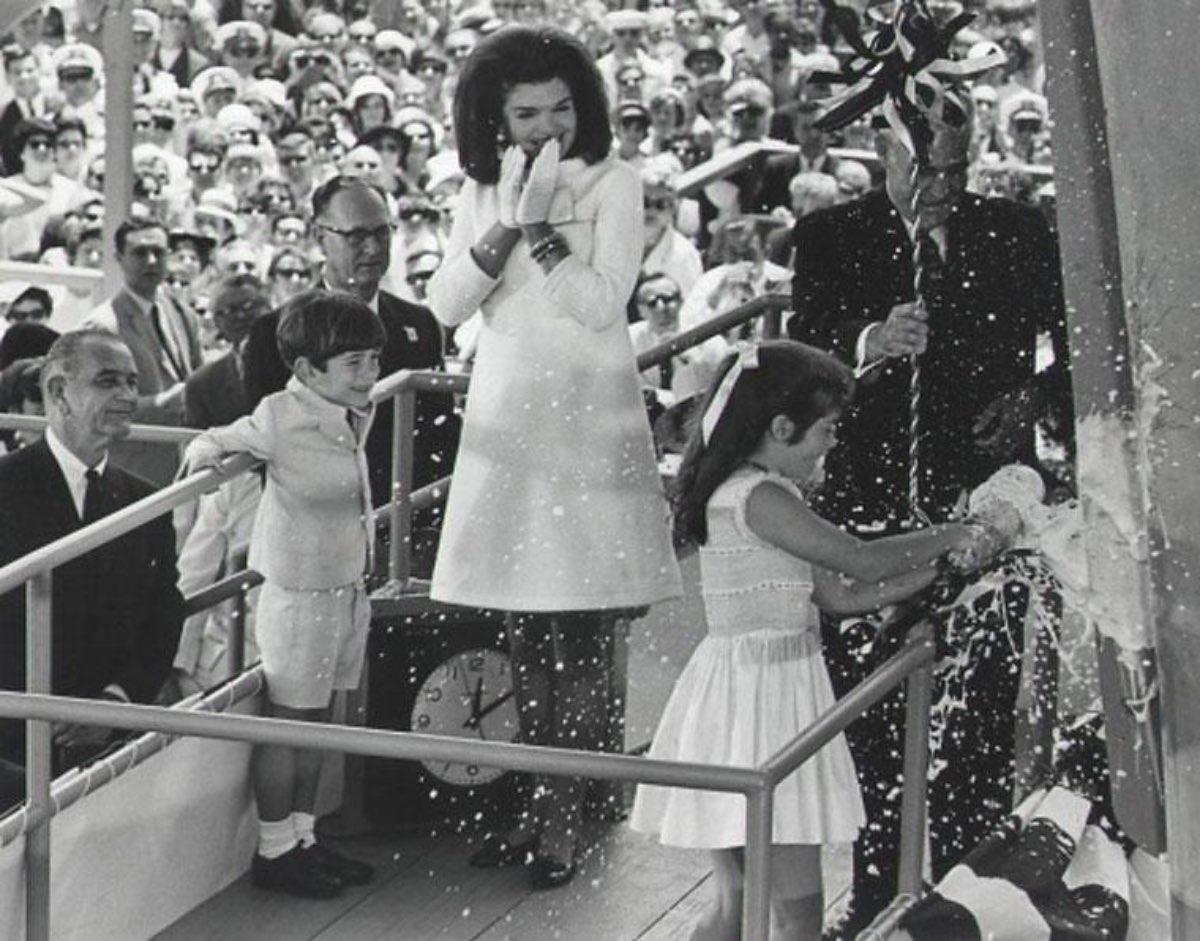 As a nine-year-old girl, Caroline broke open the bottle of sparkling wine on the hull of the first USS John F. Kennedy (CV 67) in May 1967, which marked the beginning of the end of an era for conventionally powered aircraft carriers.

Now that you know where CVN 79 stands, let’s get into the nitty gritty of USS John F. Kennedy. CVN-79 was first laid down in 2015, was launched in October of 2019, and christened on December 7th, 2019 by John F. Kennedy’s daughter, Caroline.

USS John F. Kennedy carries on a shipbuilding tradition, as many of the aircraft carriers in the U.S. Navy fleet are built by Newport News Shipbuilding/Huntington Ingalls. CVN 79 however, is aided this go round by Northrop Grumman Shipbuilding.

Officially, USS John F. Kennedy is set to cost the Department of Defense $11.5 million, roughly. However, with an excess of delays, it may be more like $13 million or more when it’s all said and done.

Speaking of cost, the good news is that the Ford-class aircraft carriers expect to deliver a roughly $4 billion reduction in cost over the carrier’s life cycle when compared to the Nimitz-class carriers.

The nuclear-powered aircraft carrier is expected to have the ability to travel for up to 25 years before running out of energy.

At the waterline, the beam of the aircraft carrier measures 134 feet across. At the flight deck, it’s taped at 256 feet across. Compare that to a 252-foot beam of USS John F. Kennedy CVN-67.

Four massive propellers will push the CVN-79 forward. These will aid in getting the aircraft carrier to a top speed of 35 mph.

Although the upgrades are expensive, the life-cost of the aircraft carrier is expected to save the U.S. Navy $4 billion in total ownership costs over it’s 50-year lifespan.

The aircraft carrier is one of the first in the U.S. Navy to revolutionize its use of technology. From the Ford-class website:

“The wire ways that run throughout the ship hang from studs welded to the ceiling. On Ford, those studs—which number in the hundreds of thousands—were laid out and installed after the units were assembled. Picture shipbuilders on ladders, reading 2-D drawings, grinding and welding the steel overhead. Let’s just say it was time-consuming.
On Kennedy, intelligent marking is drastically improving the process. Data from the 3-D product model is being fed to a machine that marks the steel plates with the locations of each stud in the shop before the steel becomes part of a unit. This saves shipbuilders from the time-consuming task of manually marking the stud locations overhead. A related benefit is avoiding “hot work” overhead. All the shipbuilders have to do now is stand on the steel plate and install the studs already marked out for them, which is much safer and quicker than the same job done overhead.”

Piggybacking off the electrical transformation of USS John F. Kennedy, their digital mapping system that aided in constructing the ship was revolutionary as well. From the Ford-class website:
“On Kennedy, engineers and designers developed software based on the common algorithm used by Google Maps, using it to find the optimal route for installing electrical cables throughout the ship.”

In the same amount of space as a Nimitz-class carrier, the USS John F. Kennedy has been able to fit another 1.3 million feet of cable. 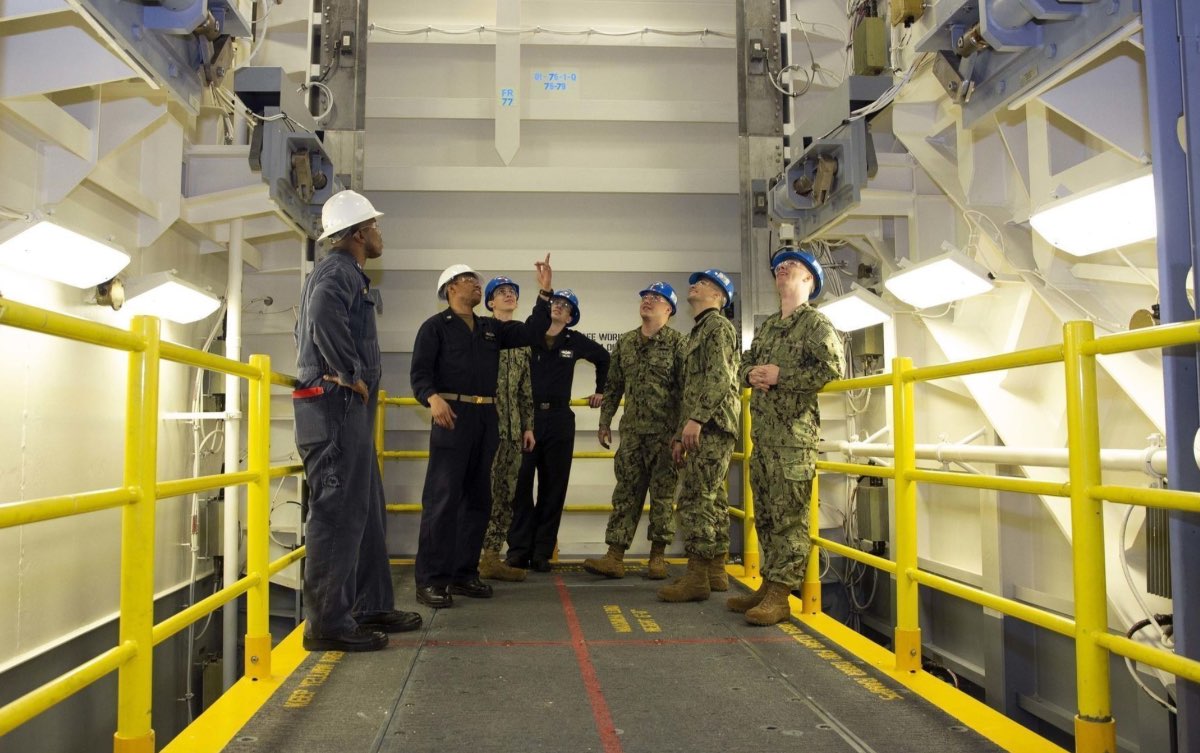 There is nearly 10 million feet of electrical cable in the second Ford-class aircraft carrier.

Newport News Shipbuilding is utilizing augmented reality in it’s construction process! From the Ford-class website, “Newport News is leading the industry in developing AR for shipbuilding, already demonstrating countless uses, including being able to walk into a space and see objects that physically aren’t there yet. Right now, the most economical viewing window is an iPad, but in the future, shipbuilders’ safety glasses could allow them to see digital information overlaid onto the work surface hands-free.”

5,000 shipbuilders were involved in the building of the USS John F. Kennedy.

200,000 gallons of paint were used to cover the exterior of CVN 79 – which is enough paint to cover The White House three times.

The USS John F. Kennedy contains over 4 million feet of fiber optic cable. Kitco Fiber Optics was contracted by the U.S. Navy for the job in the first two Ford-class carriers.

For all Ford-class aircraft carriers, including the USS John F. Kennedy, the island is smaller and further aft – which drastically increases the flight deck operational capability.

CVN 79 – through logistical efficiencies and increased flight deck size – can launch up to 25 percent more sorties than a Nimitz-class aircraft carrier.

The island is shorter in length, but stands 20 feet taller than previous aircraft carriers’ islands. It is positioned 140 feet further aft and three feet further outboard than its predecessors. 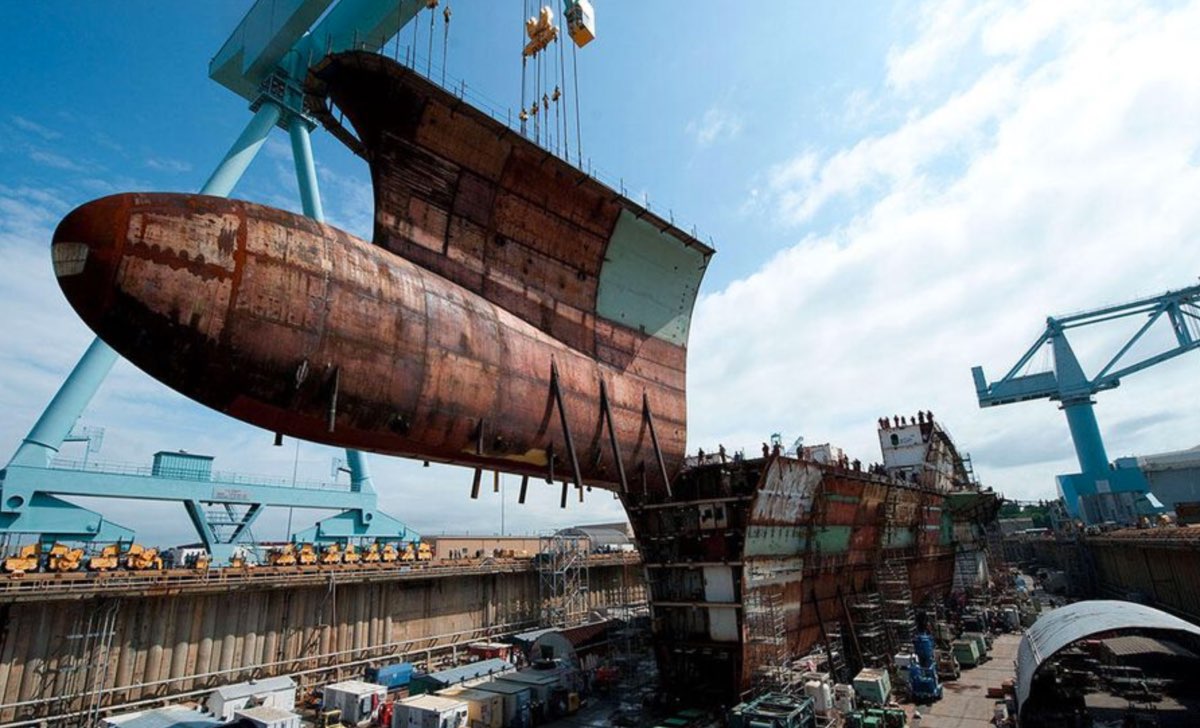 The USS John F. Kennedy is the second aircraft carrier in the world to be built using a 3D model. Newport News Shipbuilding used a full-scale three-dimensional product model to design and plan the construction of the Ford-class of aircraft carriers. The significant investment allows visual integration in design, engineering, planning and construction. 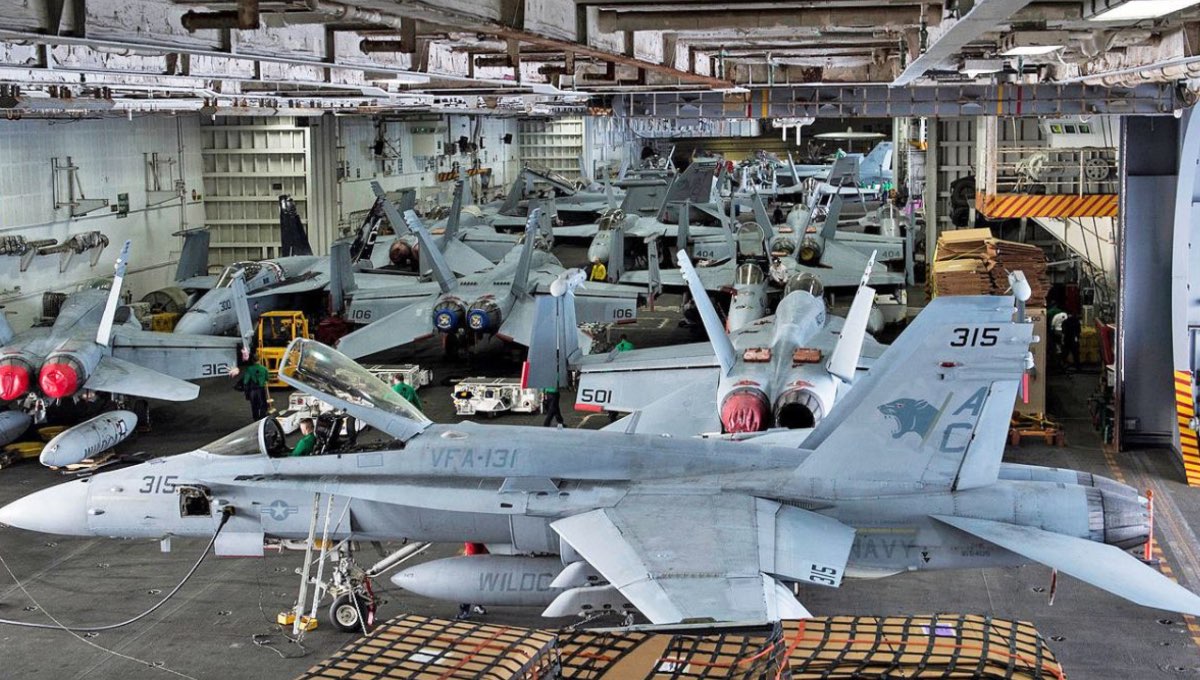 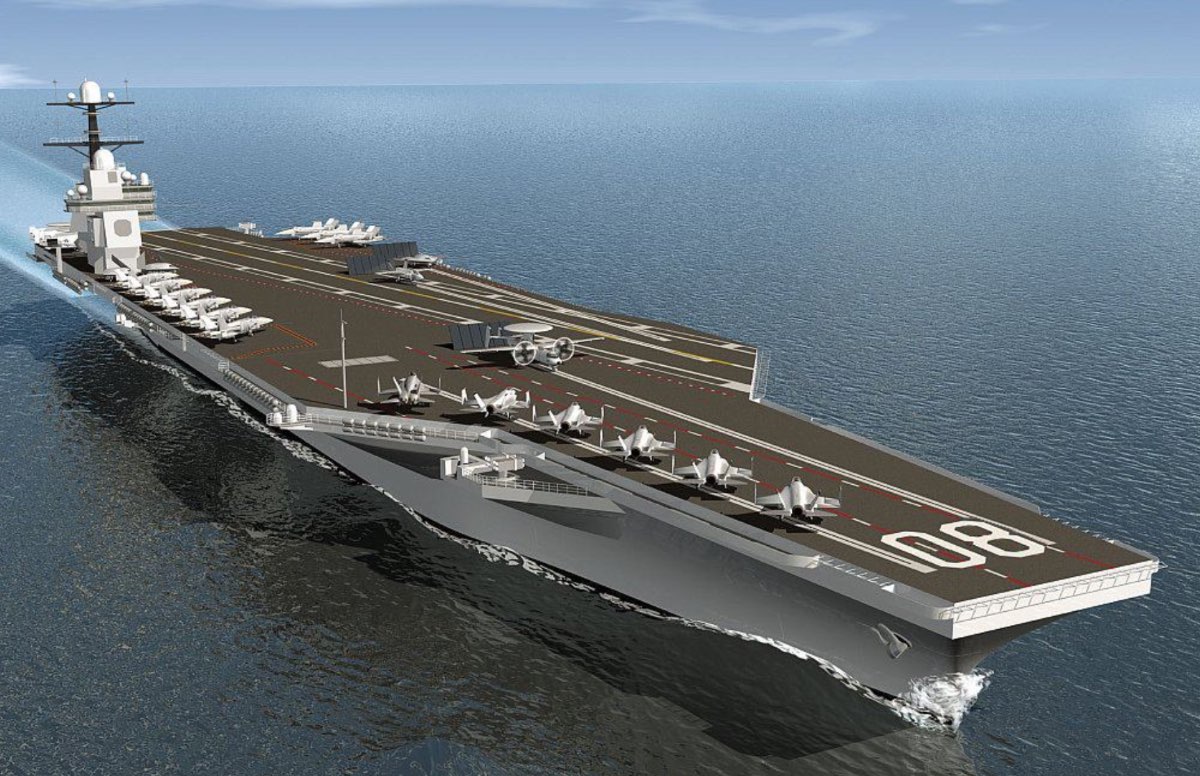