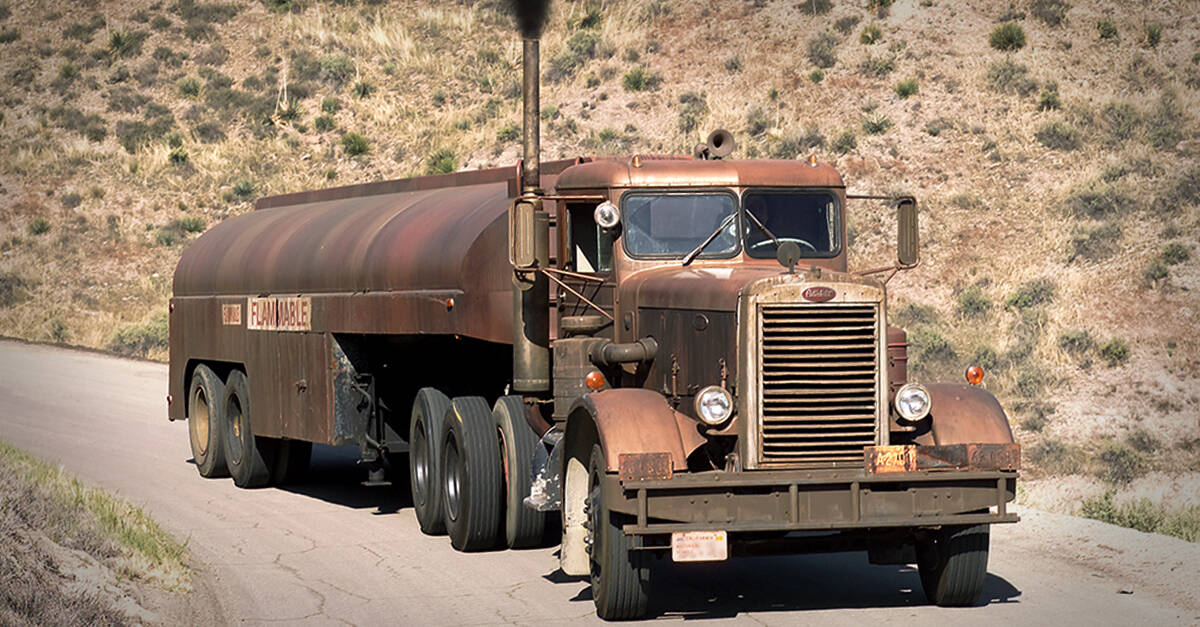 Are you trying to figure out why this truck looks familiar? We were too. We found out why. This is the exact Peterbilt semi truck from an older Steven Spielberg movie titled “Duel.” The movie was released November 11th, 1971 and there is a really neat story about the driver.

A scene in the movie features the truck driving off a cliff. A mechanism was built to shoot the scene driver less, but it failed. The driver had something else to do the next day so he hopped in the truck, drove it to the cliff and jumped out at the last second. As for choosing a Peterbilt? Spielberg liked it because the front resembled a face.