Motorcycles Just Got a Lot Safer: Ducati to Test Airbags 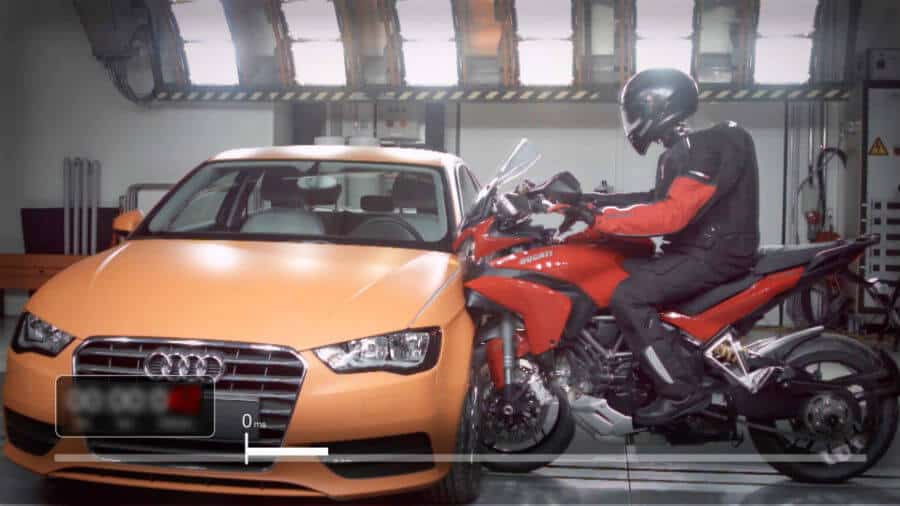 Motorcyles can be dangerous. (Check out Ducati’s crash test below.) They’re hard to control, difficult for other drivers to see, and crashes often put the rider’s life in serious jeopardy. But that’s part of the thrill – that exhilarating feeling as you’re cruising at high speeds, only a jacket and helmet between you and the world. If only they could make riding a little safer…

That’s where motorcycle airbags come in. Italian companies Ducati and Dainese recently partnered to create D-Air, an integrated airbag jacket that senses collisions wirelessly and deploys within milliseconds – the first production motorcycle in history to have one. But believe it or not, airbag jackets have been around for much longer than that. It’s not a new idea, by any means. Let’s take a look at their history and how they got where they are today.

Hungarian inventors actually brought us the first airbag jackets in 1976 – for horse riding. Though generally not quite as dangerous as a motorcycle accident, getting thrown from a massive steed does not exactly feel good. Somewhat surprisingly, the idea took another 20 years or so to really gain traction in the biking community. END_OF_DOCUMENT_TOKEN_TO_BE_REPLACED

A Japanese manufacturer, Mugen Denko, eventually brought the technology to motorcyclists with Hit-Air, which later spread throughout Japan and Europe. The rider would hook a lanya

A Japanese manufacturer, Mugen Denko, eventually brought the technology to motorcyclists with Hit-Air, which later spread throughout Japan and Europe. The rider would hook a lanyard to the bike, and the airbag would deploy if it disconnected during a crash. The vest quickly caught on with local police. Unfortunately, these were both a little inconvenient and not particularly fast. In an accident, milliseconds matter. Enter wireless tech. It’s both more comfortable and more effective, since the sensors can pick up on all sorts of changes coming from the rider and bike. Even the severity of the collision is taken into account.Professional motorcycle road racers have taken spills at over 200 mph while wearing an airbag suit and still been back in the saddle in time for the next day’s race.

Not every company took the same approach to motorcycle safety. Honda was the first (and currently the only) to stick an airbag right on the bike itself. On impact, a bag deploys from the tank much like the one in your car. Since most crashes happen when the bike hits something head on – something like 68% to be exact – these systems are there to stop the rider from flying forward. Laboratory tests have shown 65 to 75% decreases in forward momentum and 82% less head trauma. Pretty impressive. At normal speeds, that can easily be the difference between life and death.

It gets better. Taking a page from MotoGP’s playbook, we come to the Ducati/Dianese team up we mentioned earlier. They’ve taken the same wireless technology and integrated it directly into the bike – a Multistrada, to be exact. This allows everything to be seen – starting, stopping, falling, crashing – and reacted to more quickly than ever. The D-Air jacket activates and deploys within 30 to 45 milliseconds. Compare that to 300 or 400 for the early models that were still using lanyards.But how effective is it? Dainese claims a 80 to 90% reduction in the force of impact – compared to more traditional body armor for riders. That’s a pretty huge difference, if you ask us.The trend is catching on, too. BMW has already announced their own partnership with Dainese. Other manufacturers, like Yamaha and Honda, are working on their own systems. Definitely good news for drivers who are looking to make their joyrides just a little safer.

Nothing quite like hitting the open road. That sense of freedom, with the wind in your hair – and an airbag on your back. With the median age of riders in their late 40s, this is something we could definitely see gaining legs in the industry. But only time will tell if it’ll go completely mainstream. What do you riders think of motorcycle airbags? Love ’em, hate ’em, don’t care? Let us know. 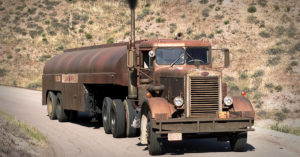 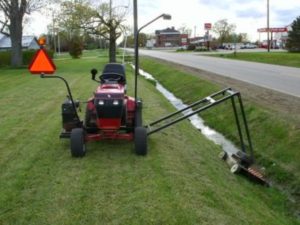 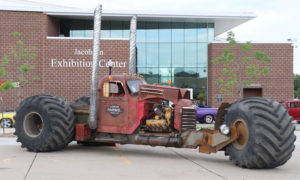 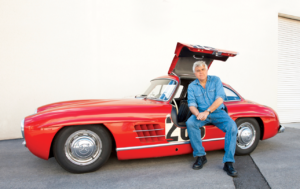 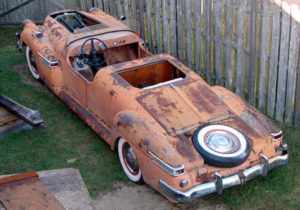 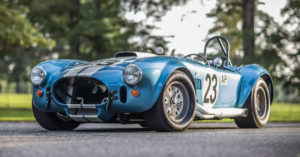