How ironic that a beautiful girl who would elicit catcalls and whistles from any serviceman would find herself on the nose of an FG–1D Corsair. Why is that, you ask? The Japanese called them “Whistling Death” because of the sound they made before obliterating their target. They had a unique feature, too. 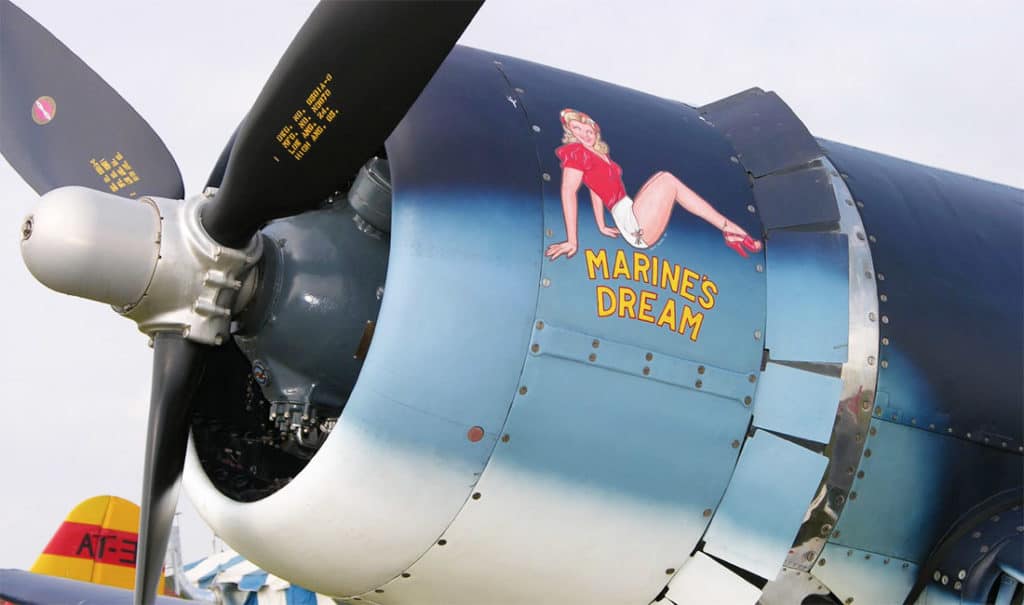 The inverted gull wing made it possible to use shorter landing gear while ensuring sufficient ground clearance for the massive 13 foot propeller. The Corsair had a maximum speed of 446 mph and a ceiling height of 41,500 feet. Yet, due to the modifications to allow for shorter landing gear, the canopy was positioned a bit higher, complicating visibility. This made landing Corsairs on aircraft carriers a feat for those who had balls of steel. But, if you had them, and flew a Corsair, you might snag yourself a Marine’s Dream in time. One could only hope.