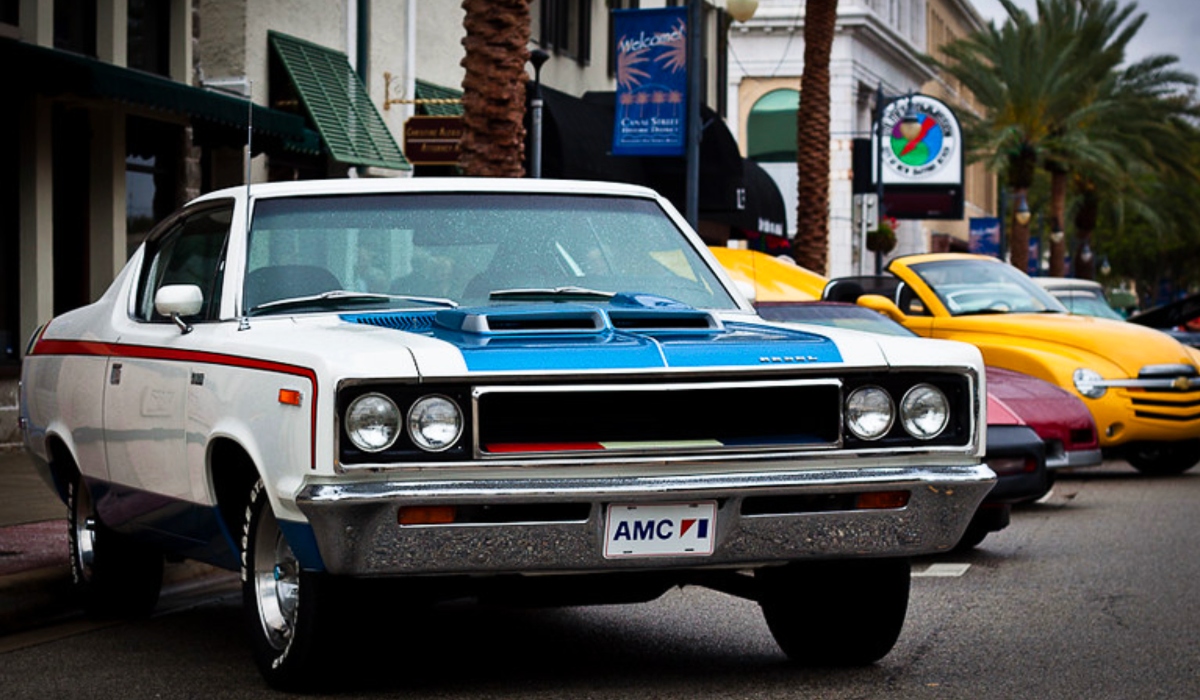 Our fist pick on our list of best classic muscle cars is the AMC Rebel. It was a high-volume car meant to satisfy many needs. With the AMC Rebel Machine, the American Motor Corporation made a direct appeal to those looking for something stylish and distinctly American. You could choose whatever color scheme you wanted, so long as it was the iconic American red, white, and blue. The AMC Rebel was surprisingly patriotic for being, well, a rebel. These days, the iconic Rebel Machine is a hot collectors item, and with AMC having been relegated to the dustbin of history, we probably won’t be seeing modern versions of this car.

The 1965 Shelby Cobra is one of the best classic muscle cars of all time. They are also among the most valuable, with original models easily catching seven figures at auctions. You can still pick up new Shelby Cobras from time to time. A few years back, 50 Cobras were built to celebrate the car’s anniversary. You can also find kit models. Yet while kits are nice, they aren’t the real thing either. Hopefully, Shelby builds some new Cobras in the future. If they become available and you decide to spring for one, be prepared to shell out hundreds of thousands of dollars. 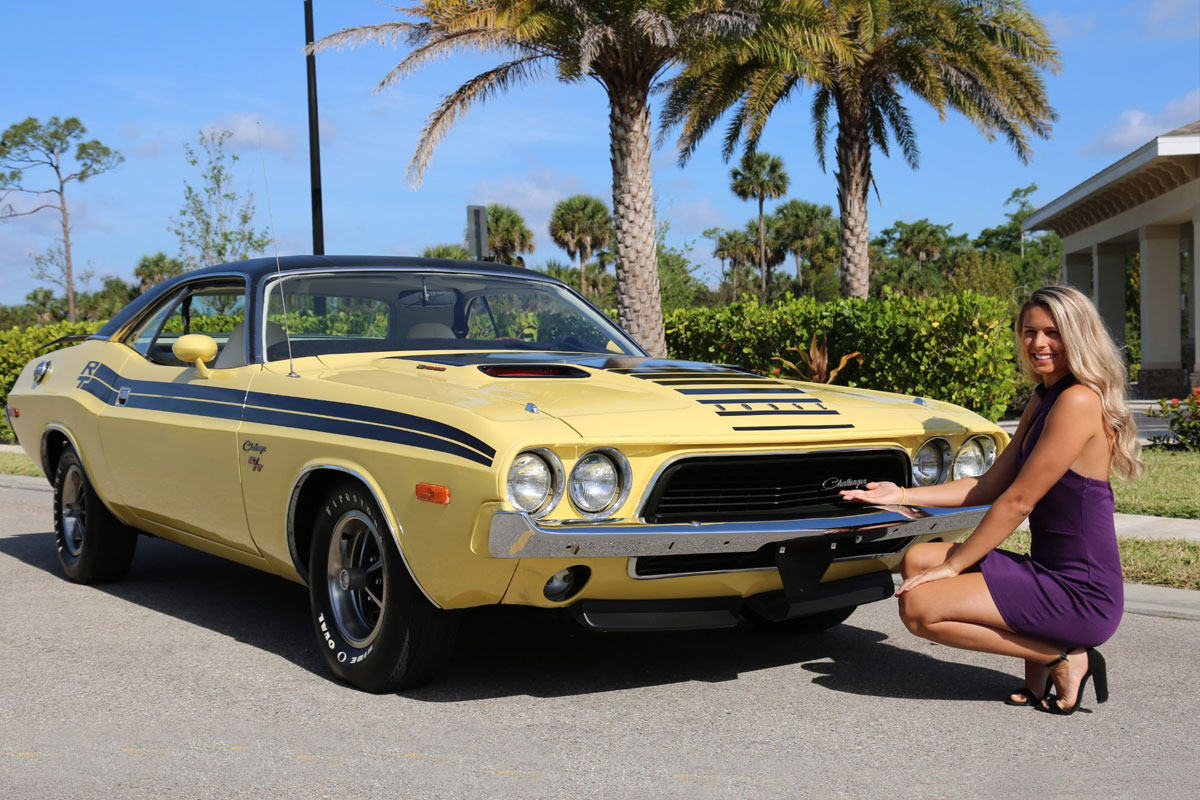 The 1974 Challenger remained mostly unchanged from its predecessor. Most notably, Dodge replaced the 340 cu in (5.6 L) engines with a 360 cu in (5.9 L) version. This was the last of the first generation Challenger with Chrysler ending manufacturing for the vehicle in April 1974. Today, many consider these cars masterpieces. 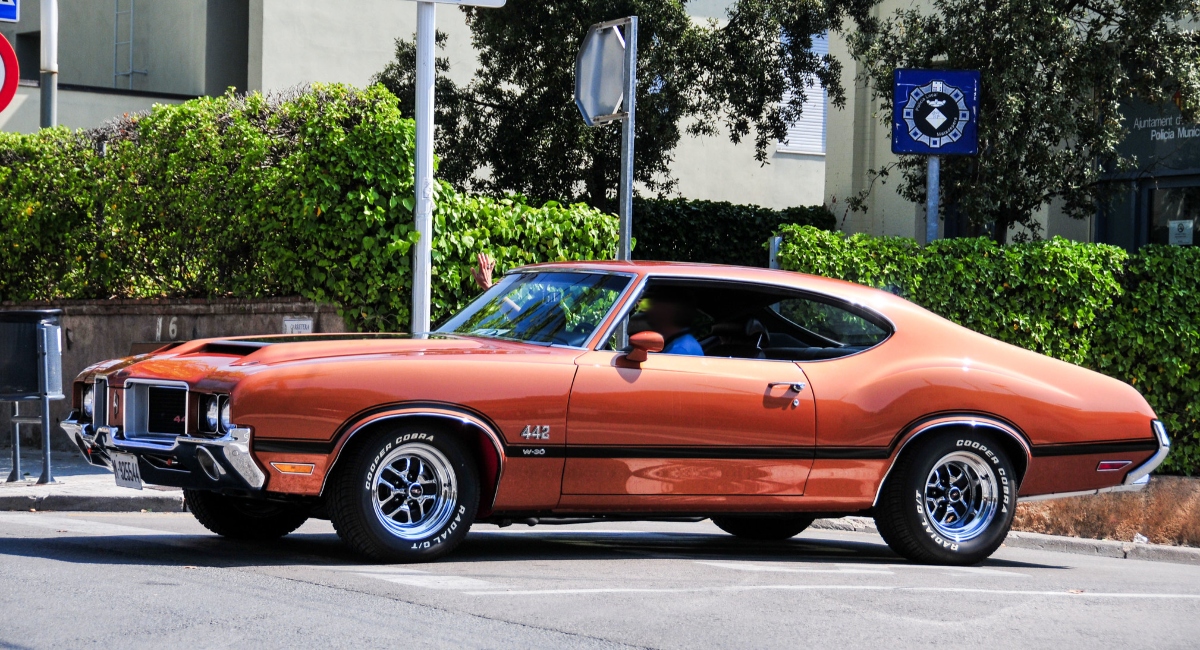 First, let’s get the Oldsmobile 4-4-2’s pronunciation right. You’re supposed to say each number individually, so four-four-two. That’s because the original 4-4-2 features a four barrel carburetor, a 4 speed transmission (many cars back then were only three speeds), and dual exhaust. Seem a bit pretentious? Maybe but the 4-4-2 was a classy car that simply happened to offer a lot of muscle. In fact, the 4-4-2’s performance was good enough for it to be selected as the pace car for the 1970 Indianapolis 500. Sadly, Oldsmobile is no more so we’ll likely never see a new Oldsmobile 4-4-2 again. 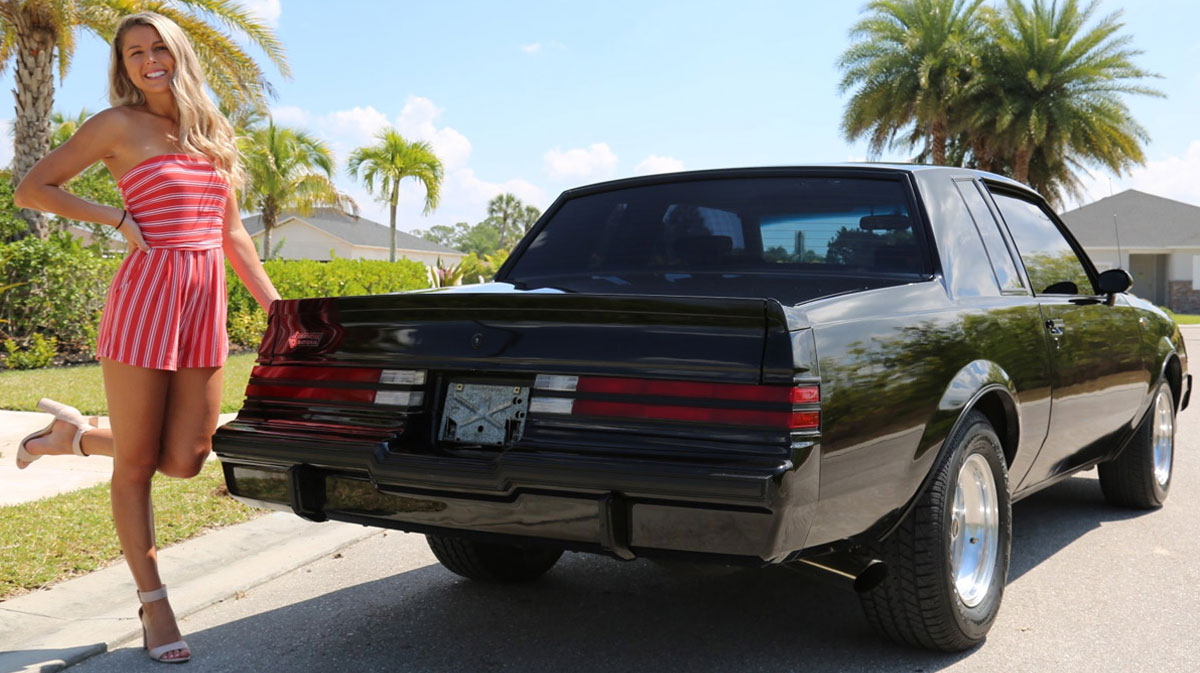 The 1987 Buick GNX is one of the most sought after classic muscle cars of all time. So why all the hype? The 1987 Buick GNX was blazingly fast for a 3,500 pound car, capable of hitting 60 miles per hour in just 5.4 seconds. Many automobiles from the 1980s were quite sluggish, owing to the preceding oil crisis and government regulations. Yet the Buick GNX could keep up with many of the muscle cars that came both before and after it. 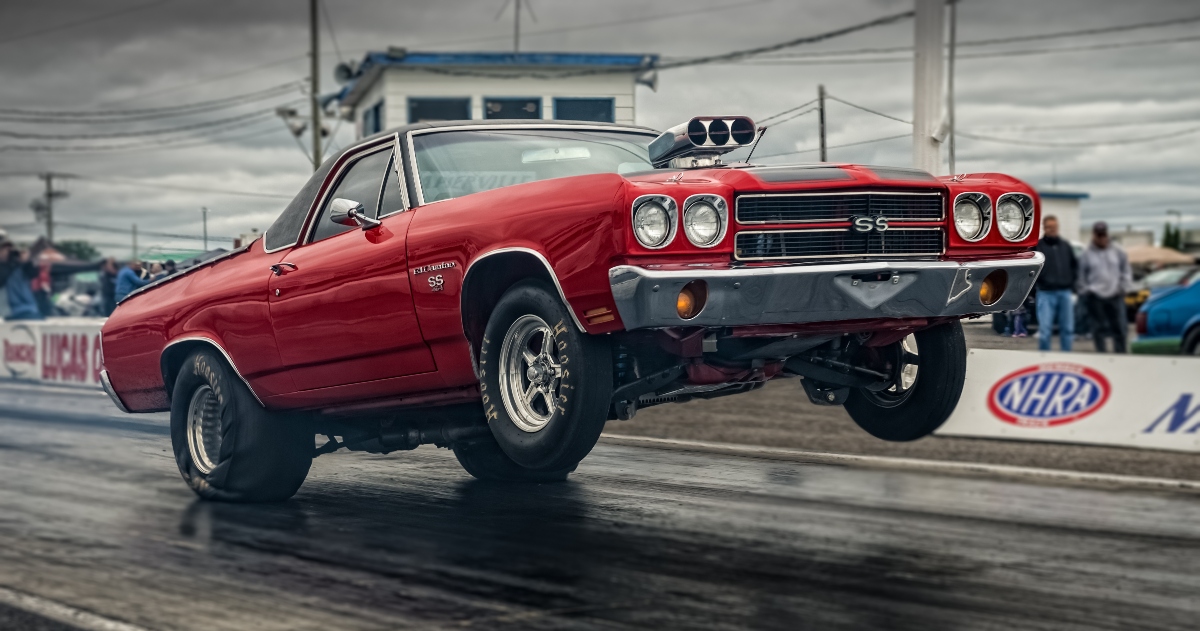 The Chevy El Camino is one of the most distinctive automobiles on this best classic muscle cars list. While clearly a vehicle with its low profile, the El Camino also features a pickup truck like bed. The 1969 Chevy El Camino SS pictured above is a proper muscle car. The El Camino SS was powered by a 454 V8 and could hit 60 in about 5 seconds, making it quite fast for its day. However, the El Camino is included on this list with a caveat. Rumor has it that Chevrolet is looking to bring it back in the near future. 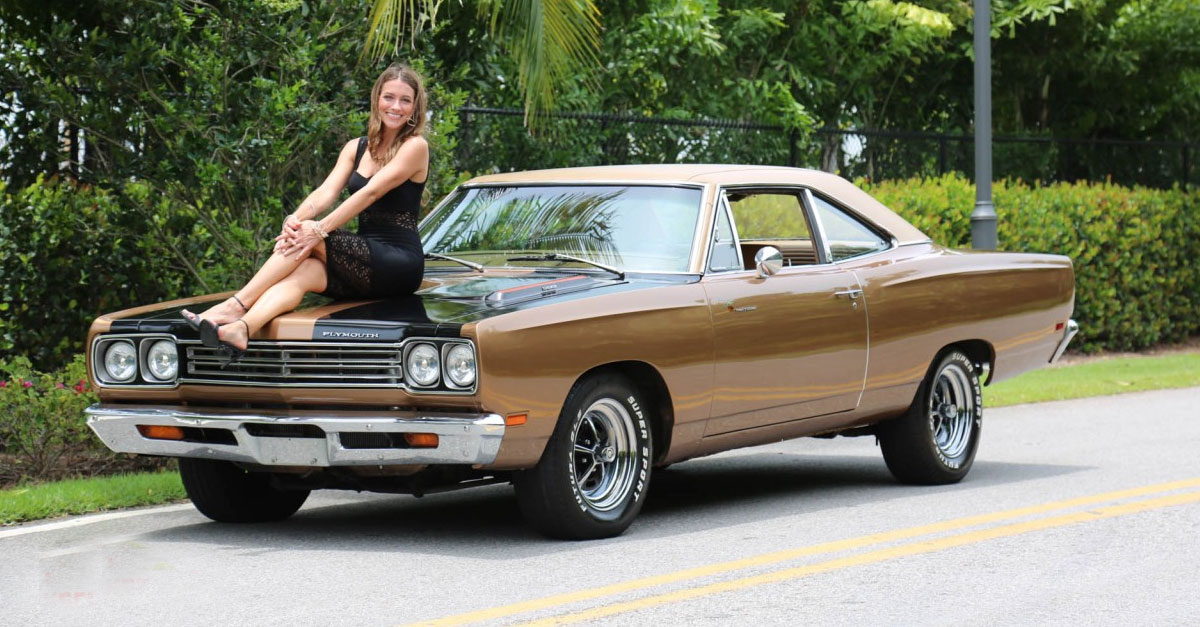 Double the Cuda, double the fun, the 1970 Plymouth Barracuda was one of the best classic muscle cars Plymouth ever put on the road. Given the brand’s long heritage in muscle cars, that’s saying quite a bit. The Barracuda Cuda could be equipped with a massive 7 liter Hemi engine, which cranked out near 500 horsepower. This helped the rather large Barracuda reach a top speed in excess of 150 miles per hour and allowed it to hit 60 in under 6 seconds. These numbers are quite impressive for a muscle car in 1970.

Quick Fact: The 1970 Plymouth Barracuda received a complete restyle, which set it apart from the second-generation models. 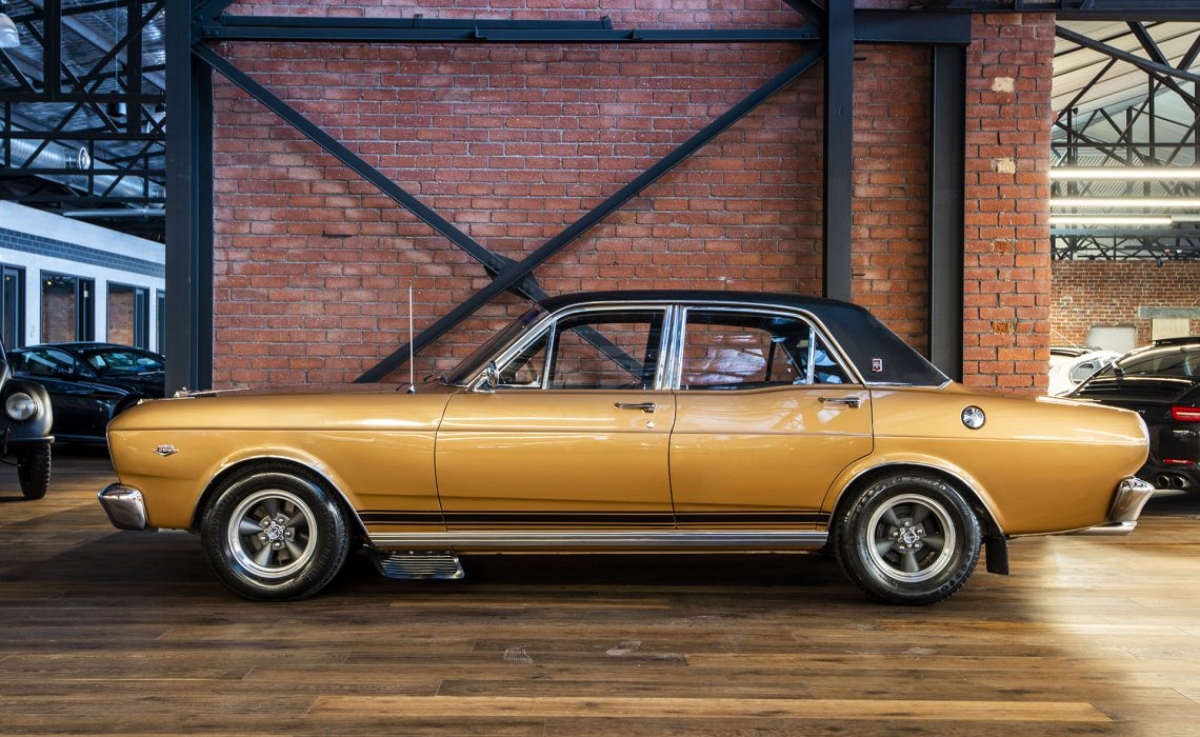 The Land Down Under, Australia, has gotten a variety of unique Fords over the years. The 1967 Ford Falcon XR GT is one such car. Based off the American version of the Falcon, the XR GT was adapted to the harsh conditions in Australia and equipped with a beefy V8 engine that could crank out 200 plus horsepower. Being a relatively small car, that big engine ensured that the Ford Falcon XR GT could get up and go. The simple styling makes the Ford Falcon XR GT an attractive car to this today and an iconic car of the 60s.

Quick Fact: In 1966, the Falcon XR helped Ford win the Wheels Car of the Year award. 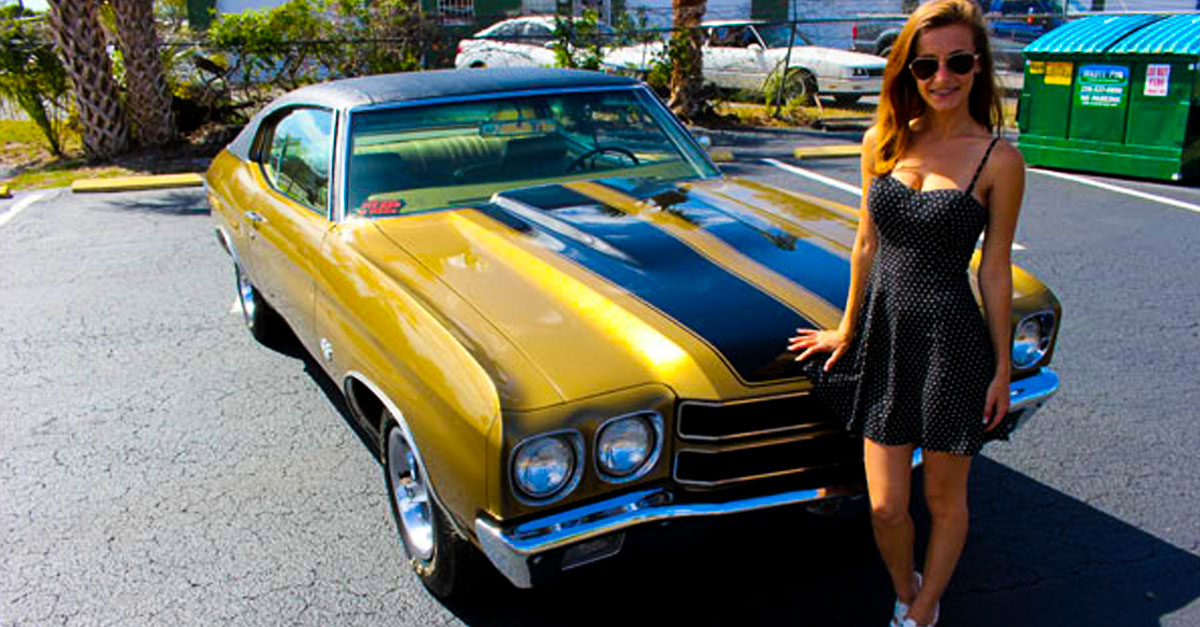 Chevrolet has long been known for putting out some of the most powerful muscle cars available, and the Chevelle SS is a perfect example of the company’s prowess. The Chevelle SS could hit 60 miles an hour in nearly six seconds, making it blazingly fast. Equipped with a powerful 454 engine, which cranked out a remarkable 500 pound-feet of torque and 360 horses, the Chevelle SS certainly earned its distinctive twin racing stripes. The 1970 Chevelle SS remains one of the most iconic cars from the golden age of American muscle cars.

Quick Fact: With the 1970 Chevelle, customers had 15 colors to pick from and five vinyl-top color selections. 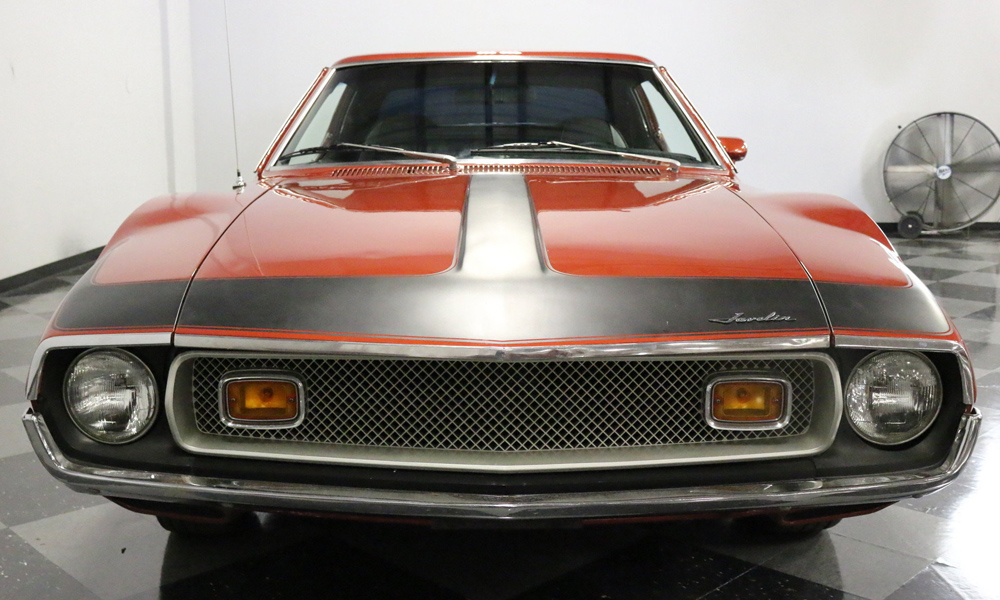 It’s too bad the American Motor Corporation ultimately ended up folding as the 1974 AMC Javelin is a perfect example of the company’s strengths in regards to both performance and design. The AMC Javelin was a pretty pony car, with unique, stylish ridges above the wheel wells. The Javelin AMX, in particular, was a respectable muscle car, and while the AMX tag would be attached to other models, none quite conjured up the magic of the Javelin AMX.

Quick Fact: The Javelin AMX could hit 60 in about 7.6 seconds, a respectable number for such a large car in the 1970s.