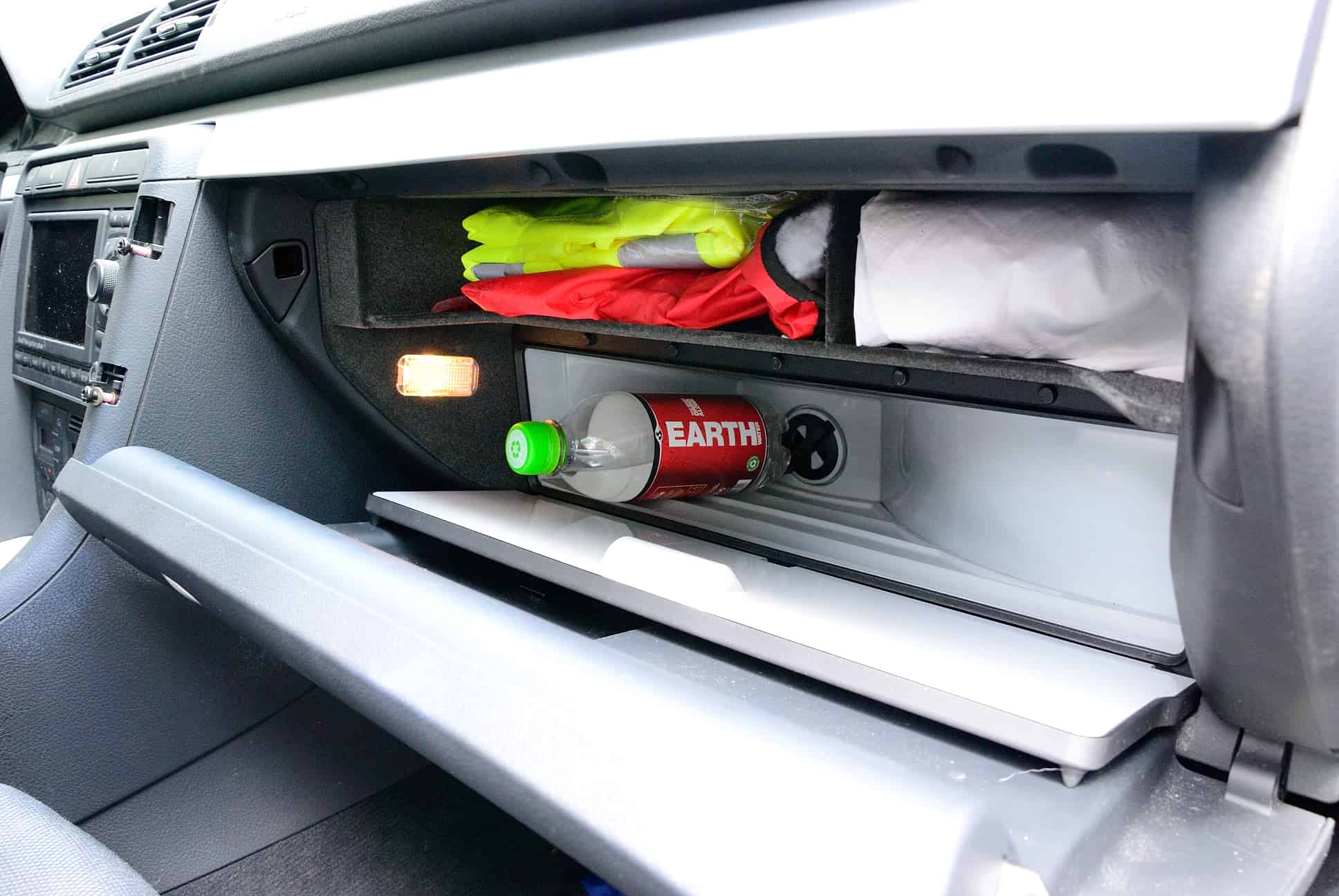 This may be the most amazingly 1950s idea short of the hula hoop. It’s also a shockingly bad one, judged by 21st century standards.

Via the miracle of Mad Men, we all know that the 1950s were one extended cocktail party. So with that in mind, some enterprising designers at Cadillac decided to take the show on the road by mounting a mini bar in the glovebox as a standard feature on the 1957 Eldorado Brougham.It was a clever design, too, with decanters and glassware mounting magnetically to the bottom and sides of the glovebox. Further magnetic mounts were provided elsewhere, to hold one’s drink steady during the commute home. This is one idea we do not anticipate seeing revived anytime soon. Don’t drink and drive.