25 Fastest Police Cars From Around the World

Woah. You don’t want to find yourself in a place chase against one of these bad boys. These police cars are not messing around! If you love sweet cars, then you might honestly want to get pulled over by one of these just to see what it looks like up close and personal. We bet these cops get all kinds of requests to tae photos with their rides. What do you think of the fastest police cars in the world? 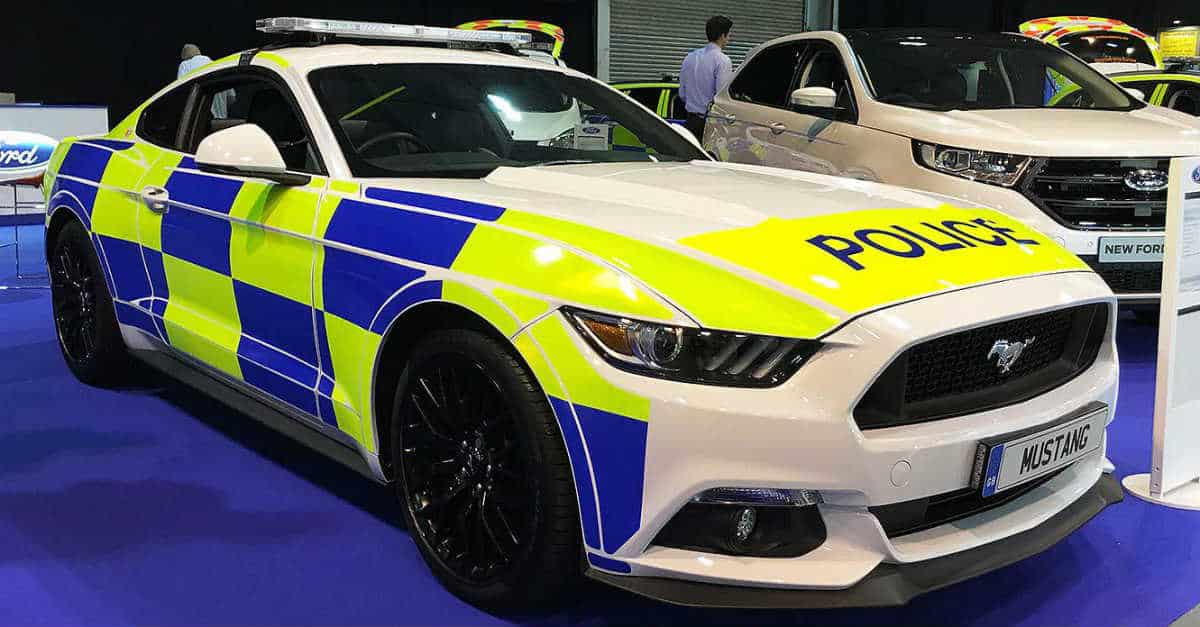 The police-model Ford Mustang is an iconic American muscle car and will start us out on this list of the fastest police cars from around the world. While this Ford Mustang is bad-to-the-bone it’s speed and agility pales in comparison to many of the other high-performance police cars on this list, especially number 1. Just wait! Back to the Mustang. Rumors have it that a police-model Mustang decked out in UK cop-car colors has been sighted on display at a trade show held by the National Association of Police Fleet Managers. We have to admit it looks the part, projecting both power and authority with an aggressive looking front end and the low slung lights on the top. Will this become the bane of British bad guys? We shall see.