50 Custom Cars Made From Ordinary Vehicles 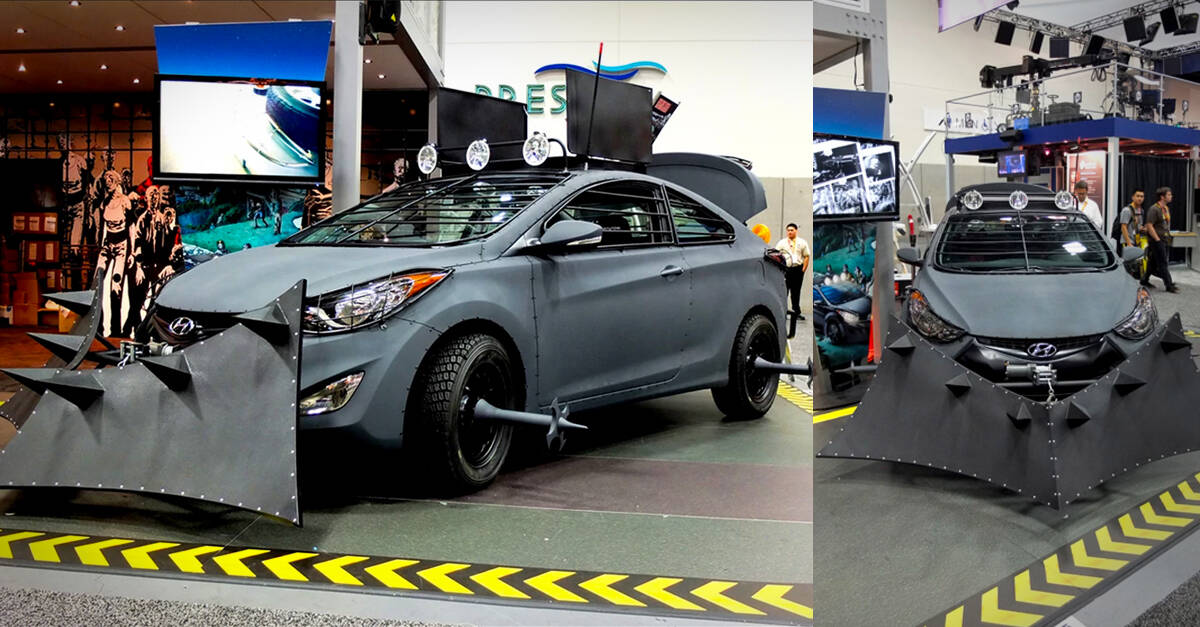 This 2013 Hyundai Elantra Coupe is known as the Zombie Survival Edition. It was built in honor of the 100th issue of the Walking Dead release produced by Image Comics. The big reveal occurred in 2012 at the San Diego Comic Con on July 11 of that year. This looks like a grown-up version of a Battle Bots robot. Do you remember that show? Custom made robots with spears and defense mechanisms battling it out to the death. Well, if there was a grown-up version of that show, this Hyundai Zombie would dominate that show!