Concept Cars…they’re like a myth, but closer. You can almost reach out and touch them so you know they’re real, but they seem to be just on the other side of the divide between real and make believe. Sure, they are “in the works” but until we see one of these on the road, we’re still holding our breath. BUT…the reason we’re all here is because these 50 concept cars are downright cool. No other way to put it! 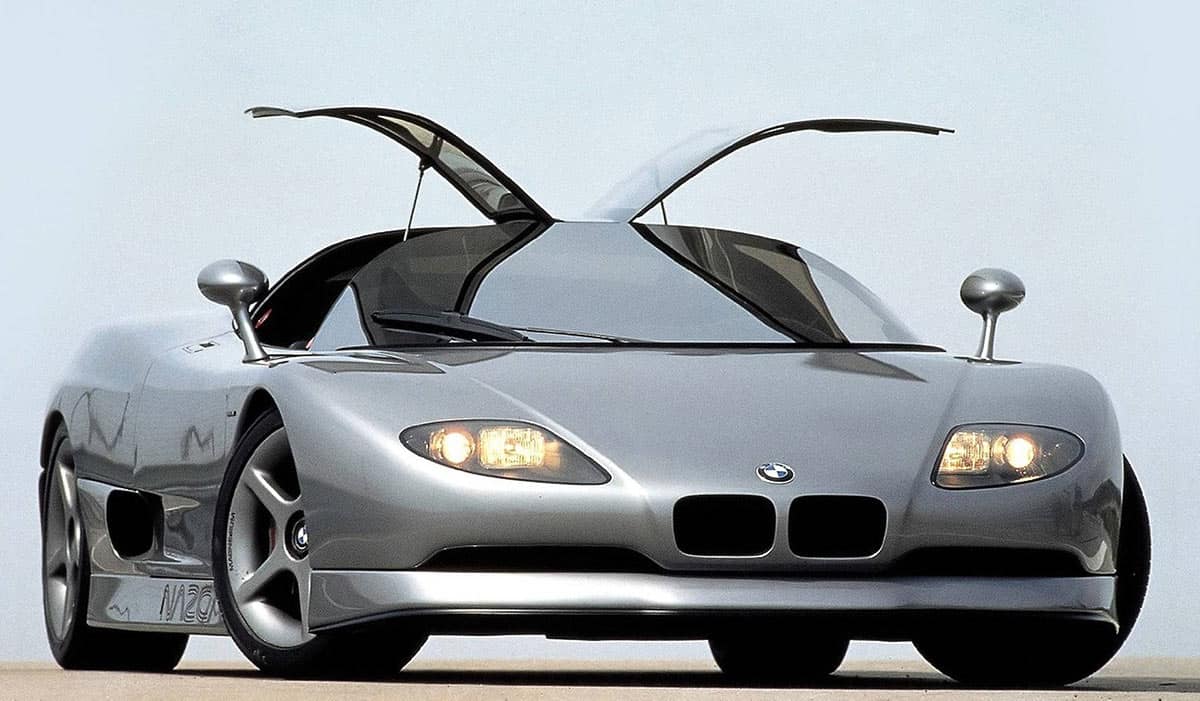 The BMW Nazca C2 concept first appeared during the 1991 Tokyo Motor Show. It is also called the Italdesign Nazca C2 thanks to the design work from Italdesign. It was the evolution of the popular Nazca M12, also from 1991. The C2 redesigned the front, including moving the headlamps next to the kidney grille. It also had a new engine modified by Alpina to deliver an extra 50 horsepower over the M12, 350 horsepower total. Its top speed was 193 mph.