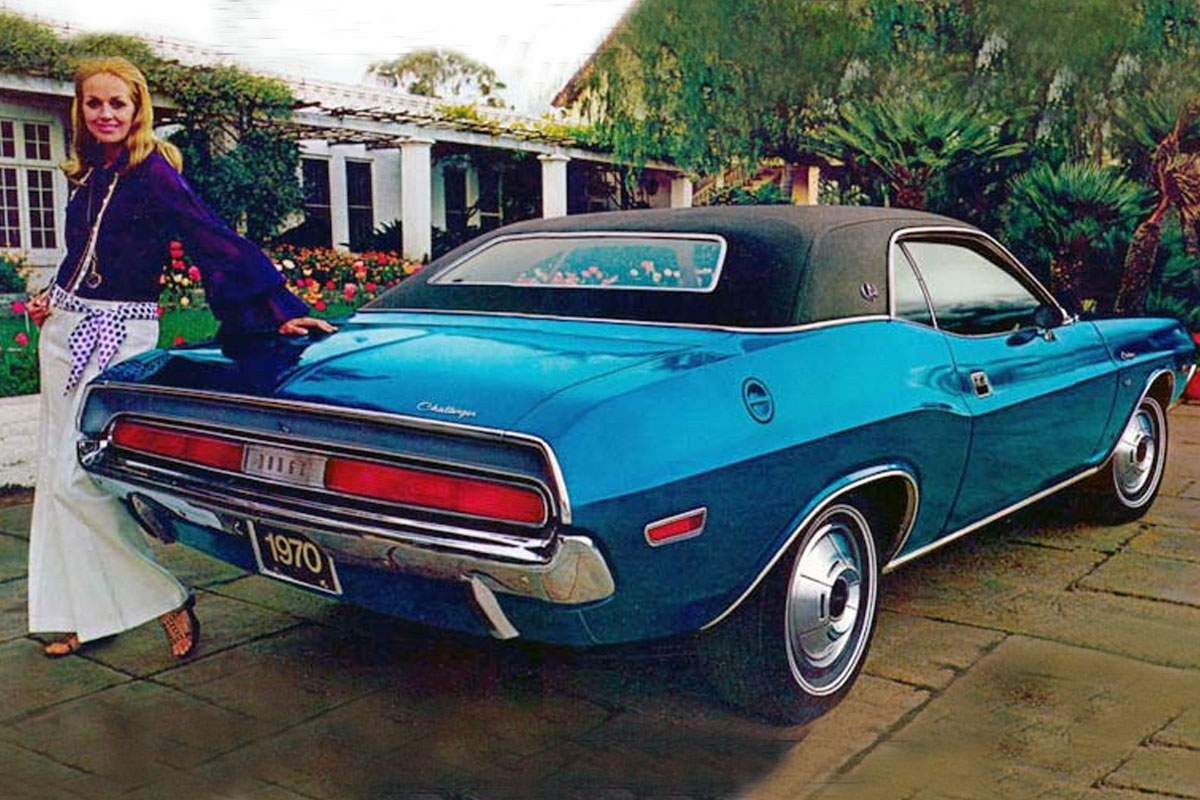 The first generation began in 1969 with the 1970 Dodge Challenger. Two series were available, the base Challenger and the Challenger R/T (Road/Track). There were eight models on the market. The one in the picture, for instance, is a Special Edition (SE) two-door hardtop. These vehicles had a 110-inch wheelbase and a track width of 59.7 inches (F)/ 60.7 inches. W. The base Challenger came with an inline-6 or V8 engine. The 1970 models also had the largest selection of engine sizes you could choose ranging from 198 cu in to 440 cu in. As for the SE, this was the only model year in the first generation that Dodge produced the vehicle. It came with “SE” labeling, an interior console, a smaller rear window, bucket seats, leather, and the classic vinyl roof. The SE hardtops were available for both the R/T and the base.