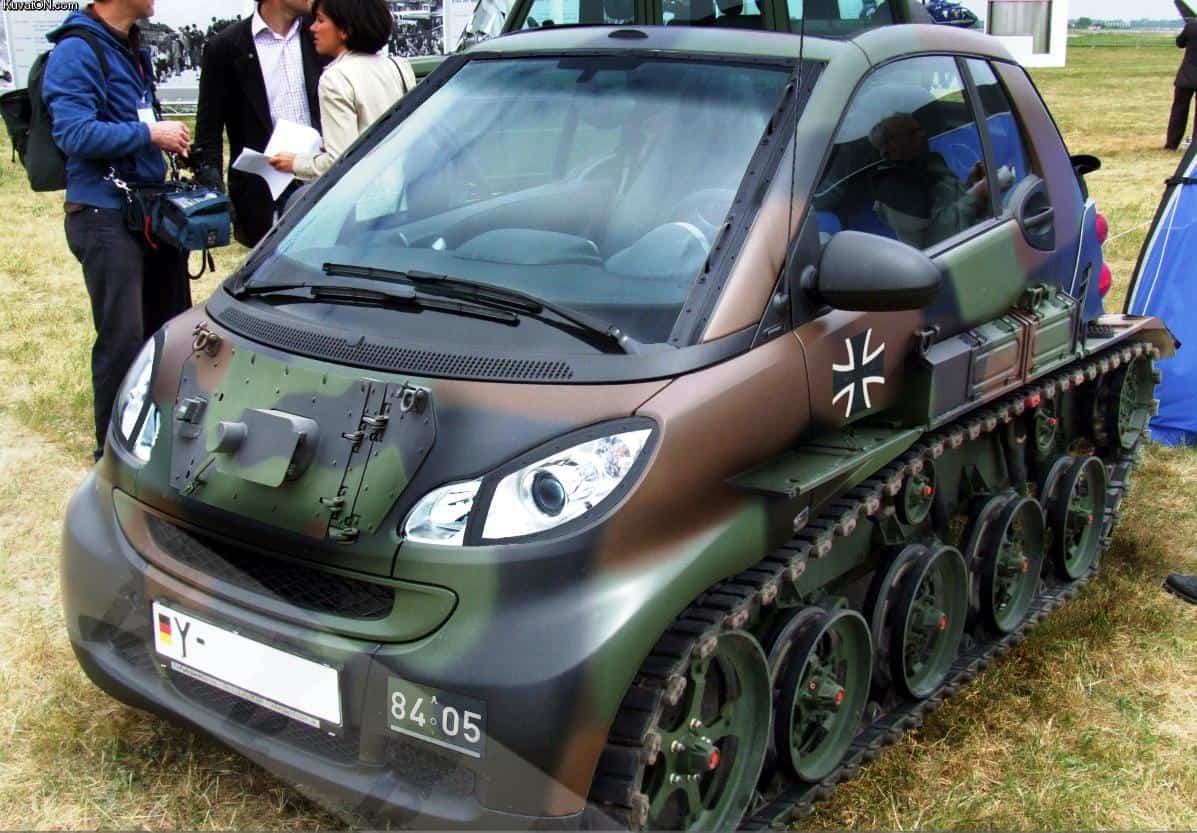 World War II wasn’t all that long ago if you think about it. Most of us have grandparents who can remember those years and likely served in the Armed Forces of our respective nations. In Europe, especially, the scars of the war still litter the landscape, from the fortifications of Normandy to the remaining Nazi architecture in Germany.

So it’s a little surprising to see a mini-car done up like a Wehrmacht tank. At the very least, it’s kind of sadly ironic—which may be the point. At most, it’s more than a little tasteless. Parking that thing in Poland or Austria might just start a riot—or a panicked fear of a new invasion.