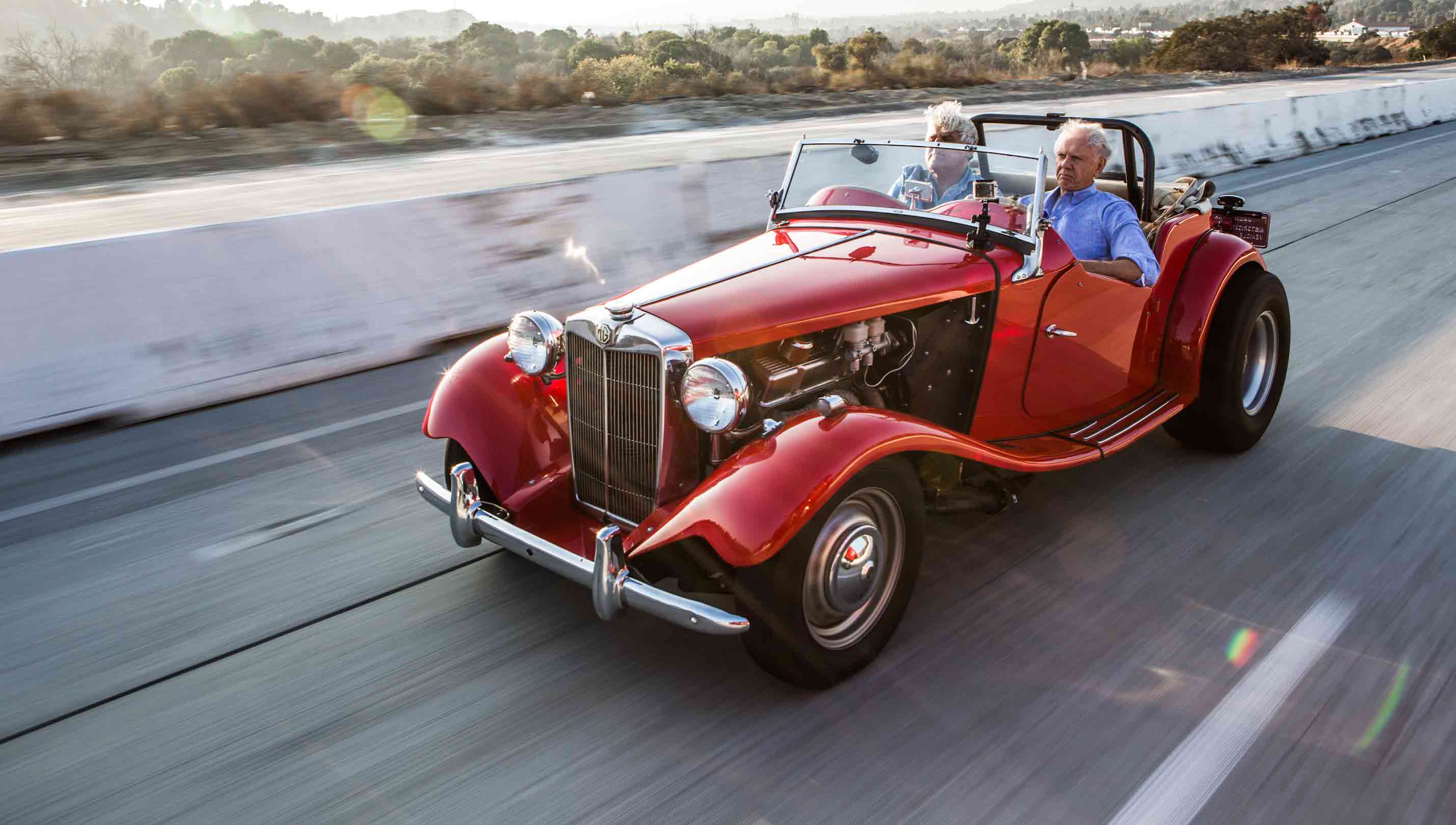 The first on our list “Valuable Cars In Jay Leno’s Garage You Didn’t Know About” is the 1952 MG TD Hot Rod. The rear tires of this 1952 MG are HUGE! It probably has something to do with the upgrade from stock 48 horsepower to 340 horsepower. WOW! These bad boys are pretty reasonable when it comes to price. They are worth around 30 grand, but who knows its true value given the enhancements. A cool edition for Jay Leno’s car collection.

Quick Fact: The manufacture made MG TD models from 1949 to August of 1953. The Motor magazine tested an original TD in 1952, and it could go at a top speed of 77mph with 0-60mph acceleration. 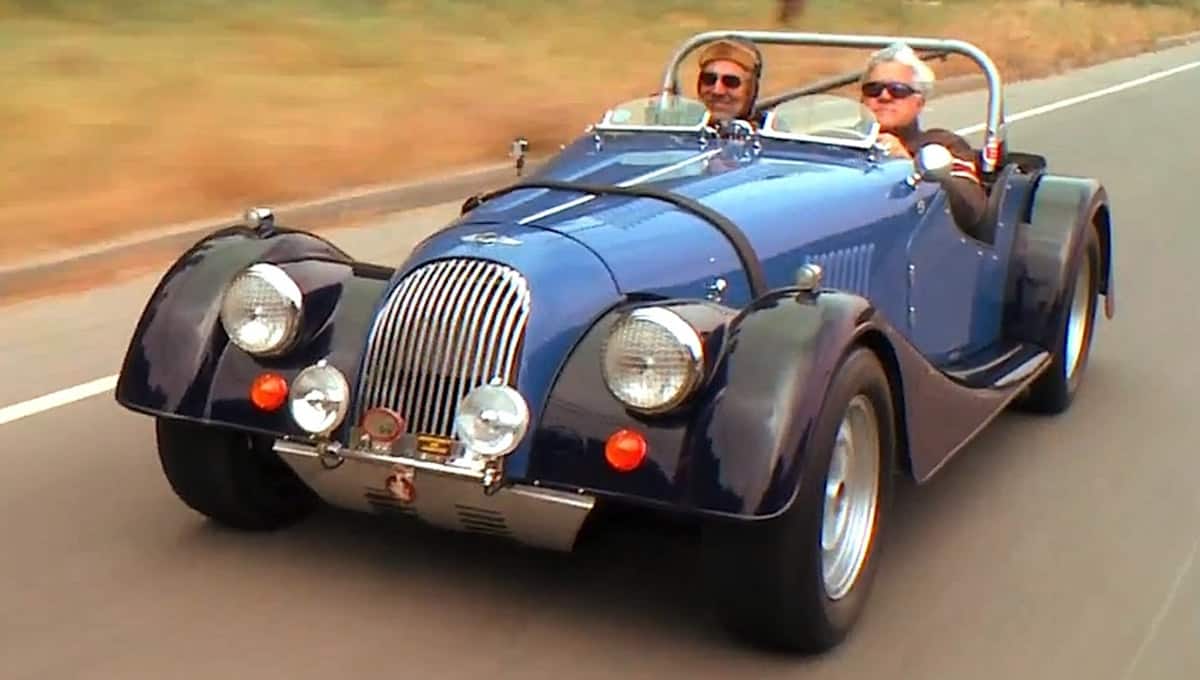 Quick Fact: This vehicle has an S&S 2.0-liter V-twin and a Mazda five-speed manual transmission. 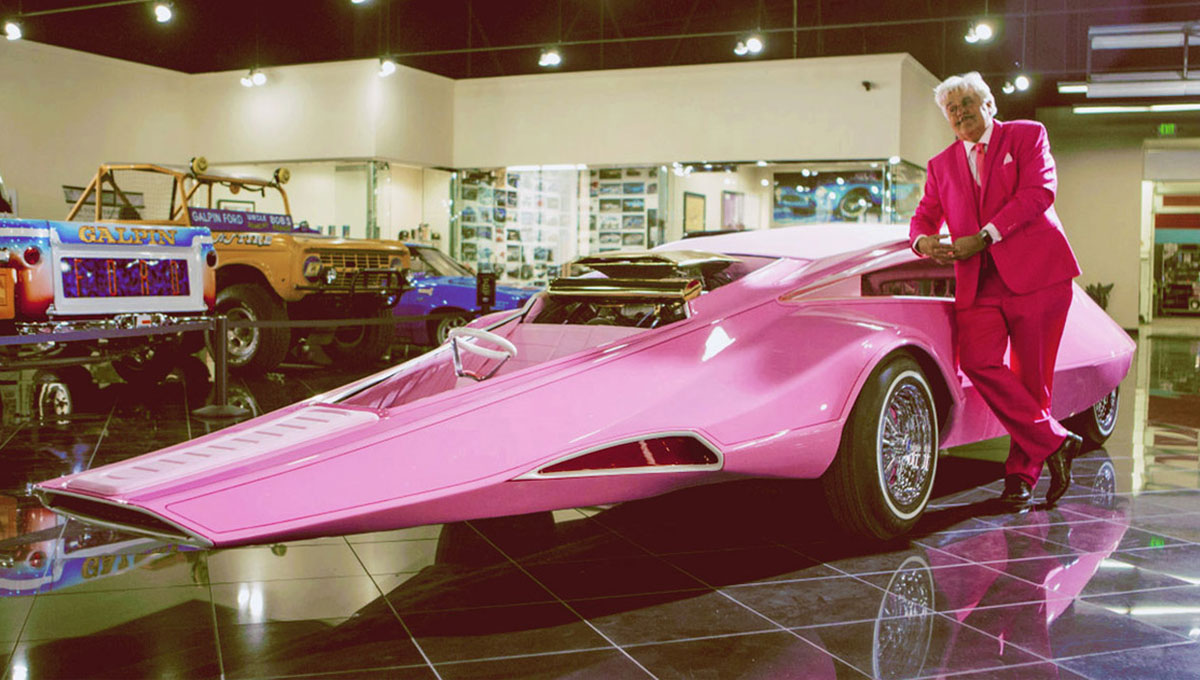 “Jay Leno’s Garage” featured the Panthermobile. Custom car builder Ed Newton designed the vehicle for the title sequence of the animated TV series “The Pink Panther” in 1969. It cost around $100,000 to build and used an Oldsmobile Toronado chassis. We think we can safely say this car is a worthy addition to Leno’s car collection.

Quick Fact: Galpin Auto Sports in Los Angeles, California, restored this car after winning it at an auction in 2011. 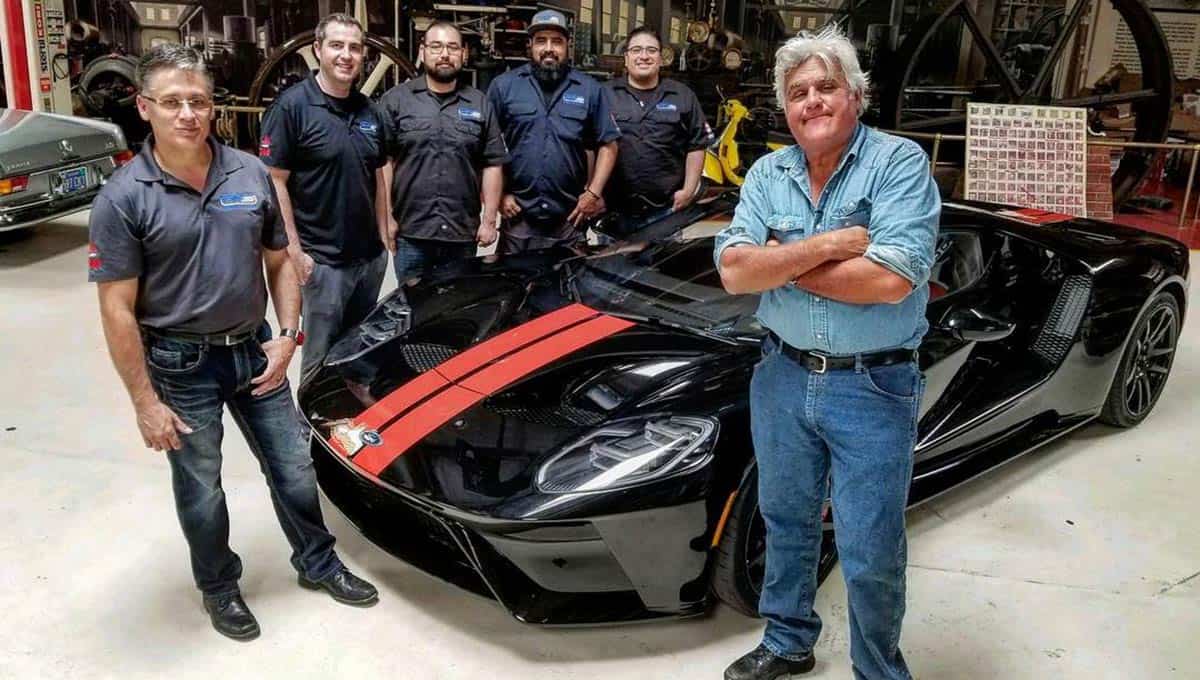 Since it debuted at the 2015 Detroit Auto Show, Jay wanted this 2017 Ford GT. However, he had to go through the intensive application process just like everyone else despite his longtime connections to Ford. Yet, even he didn’t get the optional $10,000 titanium exhaust system, making the car 10 pounds lighter overall. But when you spend upwards of $505,750, you have to draw the line somewhere. Personally, we would have gone with some cheaper Muscle Cars. 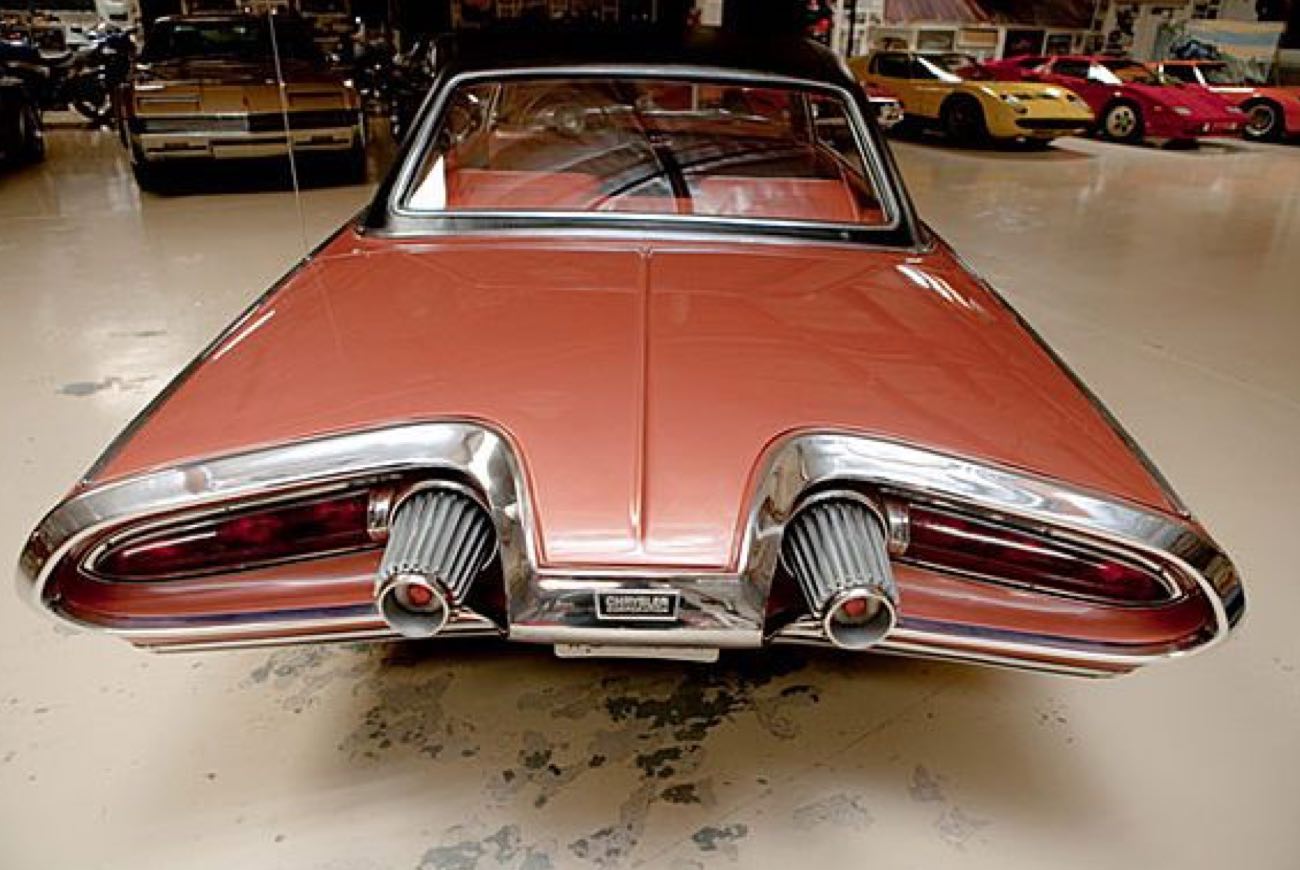 This vehicle in Jay Leno’s Garage is the 1963 Chrysler Turbine. It is an experimental two-door hardtop coupe with a turbine engine. Chrysler only made 55 of these cars. The company conducted a user program to monitor the vehicles. Issues arose, such as starting procedure, mediocre fuel economy, and lackluster acceleration. In 1966, they ended the program and destroyed all but nine, with one appearing in Leno’s car collection. Due to its rarity, the value of this vehicle is likely worth over a million dollars. The Chrysler Turbine is literally an  odd and rare older car you don’t see everyday. 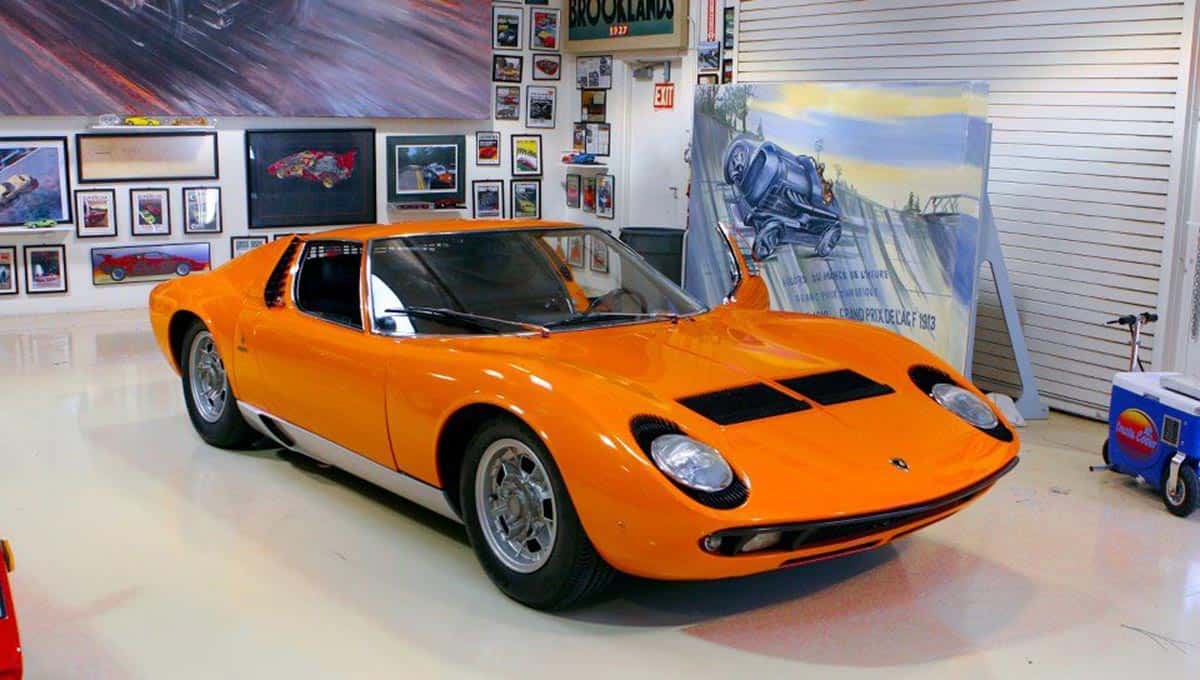 This 1969 Lamborghini Miura S isn’t just your average everyday Italian supercar. It is thought to be one of the most beautiful designs ever created by the Bertone Design House. It features a 4-liter v8 engine pushing out 370-375 horsepower. In 2019, one of this sold at auction for $1.6 Million.

Quick Fact: The manufacturer only built 764 Lamborghini Miura vehicles between 1966-1973. 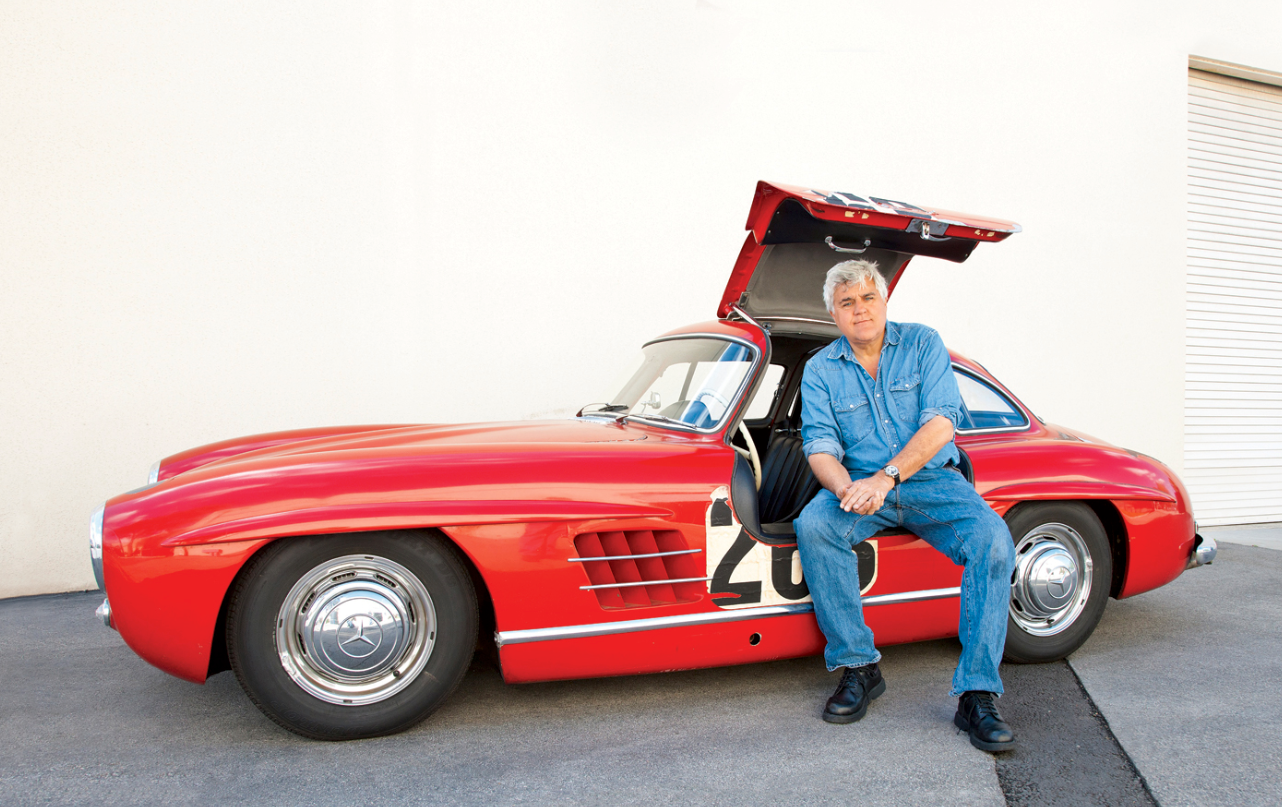 The next car on this list from Jay Leno’s garage is his 1955 Mercedes 300SL Gullwing Coupe. This forward-thinking vehicle came equipped with fully independent suspension, a tubular frame, fuel injection, and gullwing doors. Jay’s crew tuned up the engine and left the interior and exterior alone. The vehicle is worth $1.8 Million, which definitely adds value to Leno’s car collection.

Quick Fact: This car contains a 3.0-liter in-line 6-cylinder engine with fuel injection. Its top speed is an estimated 130hp. 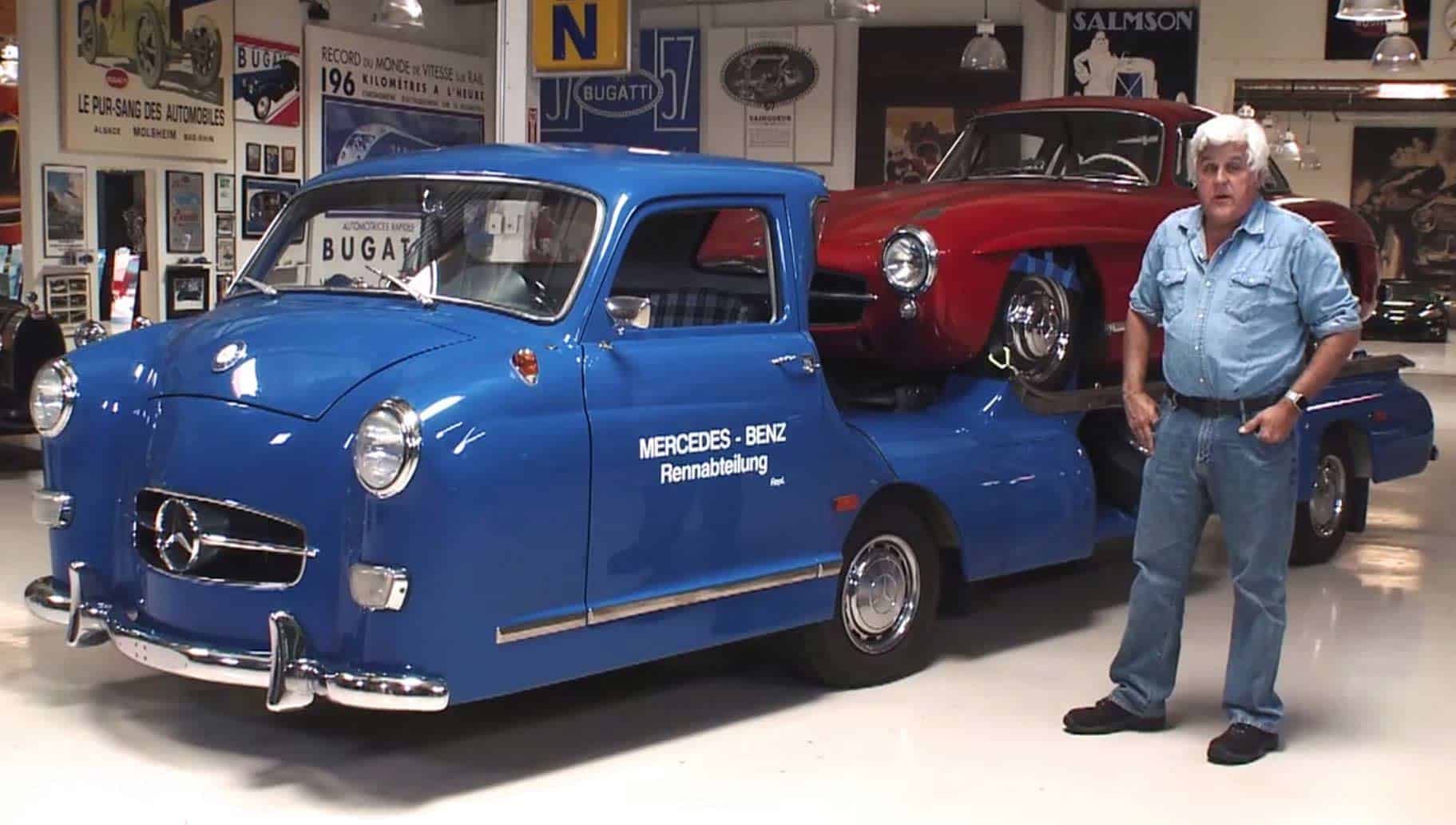 This vehicle takes the cab forward to a whole new level. However, could you imagine going 106 mph behind the wheel? It was a purposeful move by the Mercedes race team, who used the truck to transport race vehicles back to headquarters for tune-ups between races. Innovation like this is why we love old school trucks. What we don’t love is the cost which has a value of $2 Million.

Quick Fact: The 1950 Mercedes Transporter Jay Leno owns is a replica. Mercedes Benz made only one original, which was considered one of the fastest transporter trucks at the time. The company had it destroyed when it was no longer in use. After realizing their mistake, they constructed a new one with the exact specifications and placed it in a museum. 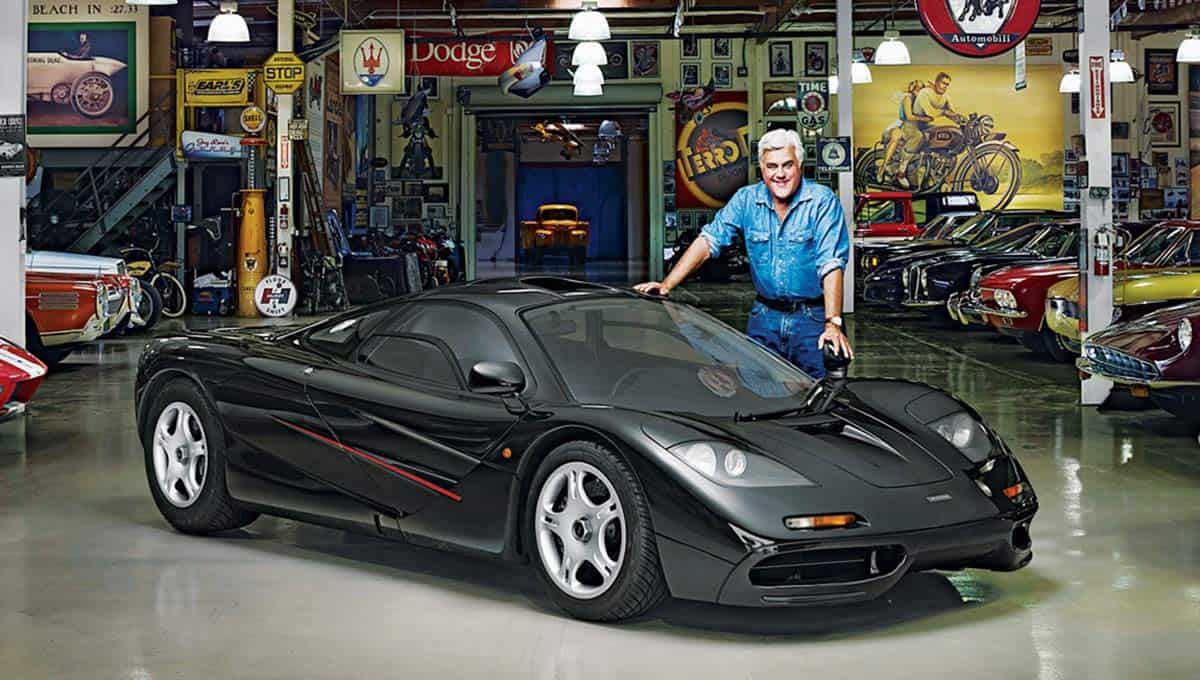 What is your 1994 vehicle worth if you had to guess? Well, Jay’s McLaren F1 is reportedly worth a cool $12 million. He says while he doesn’t have a favorite car this is the first one he would try to save from imminent disaster if he had too. 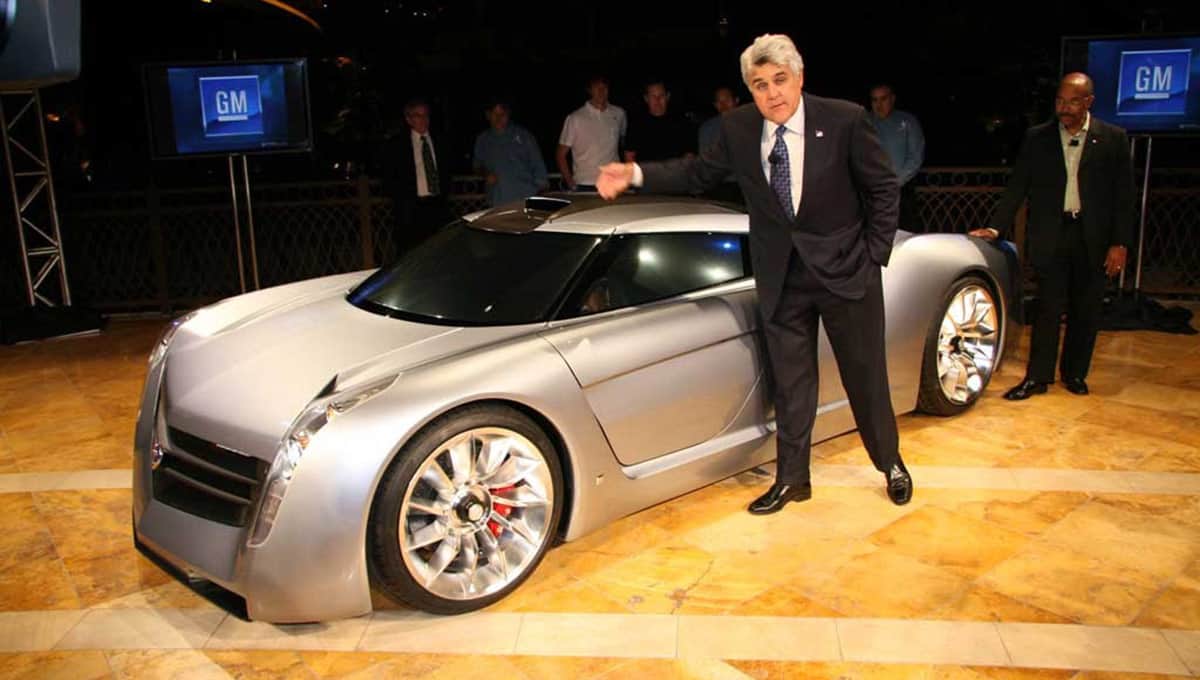 Jay Leno himself helped develop the 2006 GM EcoJet with General Motors. It appeared at the 2006 SEMA Auto Show in Las Vegas as a concept car powered by a jet turbine engine fed by biodiesel. The turbine-powered car runs an impressive 150 mph. The value of this car could be anything Leno wanted to price it at, but I think he will be holding on to it in his collection.

Quick Fact: The driver side window blew off the Ecojet at Edwards at Air Force Base, CA, when Leno was driving over 120 mph. Neil DeGrasse Tyson was in the passenger seat when the incident occurred.

Thanks for reading, and check out more cars from Jay Leno’s Collection.