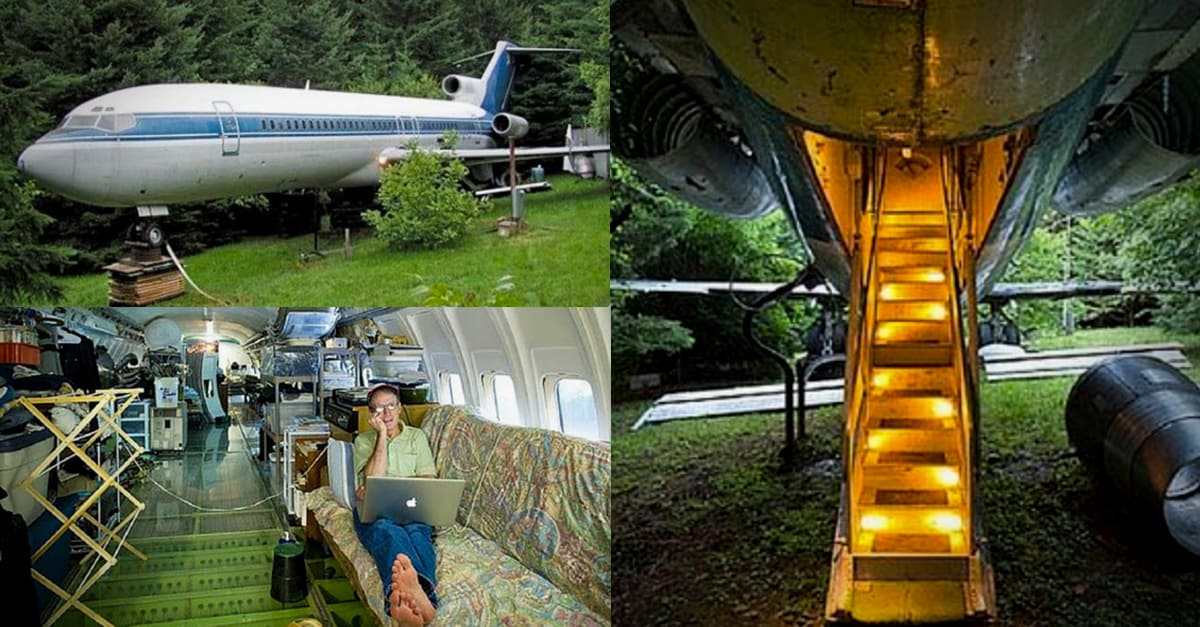 So here’s an awesome one. Bruce is an engineer with a dream. he doesn’t think old jets should go to waste. As such, he restored one and lives inside. Bruce bought the Boeing 727 in 1999 for 100k. He spent another 120k on renovations, including transport and foundation blocking (he used concrete columns). Inside he says there are so many clever lights and switches. He modified the toilet so it is usable and created a working shower. In addition, he added a washer and dryer. However, rather than access the plane from steps leading to a side entrance, Bruce modified the cargo bay so steps lead down from underneath the plane. Currently, he is saving money to buy a fuselage for another house plane project!