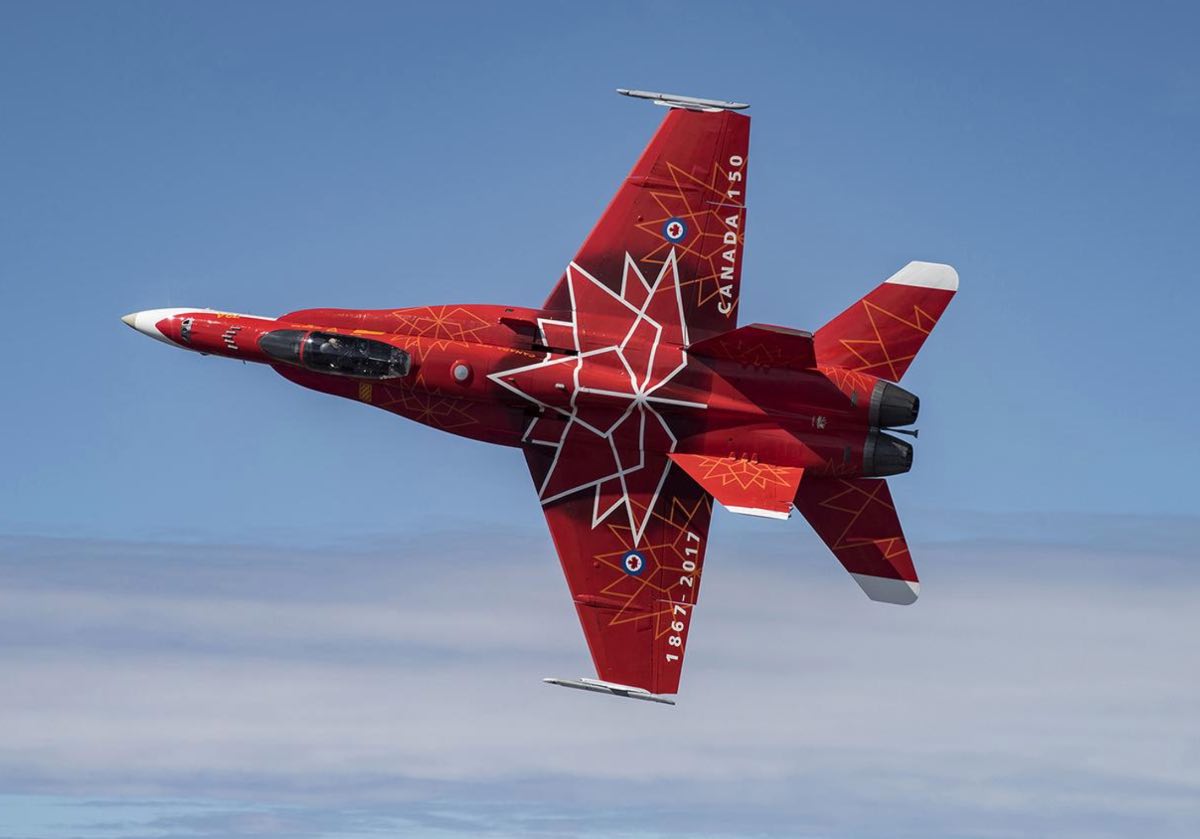 The much-talked about, little-seen CF-18 Demo Jet from the Royal Canadian Air Force. This custom-painted fighter jet has the hallmark red and white of Canada with an artistic rendition of the maple leaf – the de facto symbol of our northern brethren.

The CF-18 fighter jet was revealed at the 150th Anniversary Air Show for the RCAF back in 2017, also known as Canada150. The CF-18 top speed is a whopping 1,127 miles per hour – fast enough for you to never notice this awesome, colorful fighter jet as it flies overhead faster than the speed of sound! Think about how professional this aircraft looks, and then compare it to the next one…